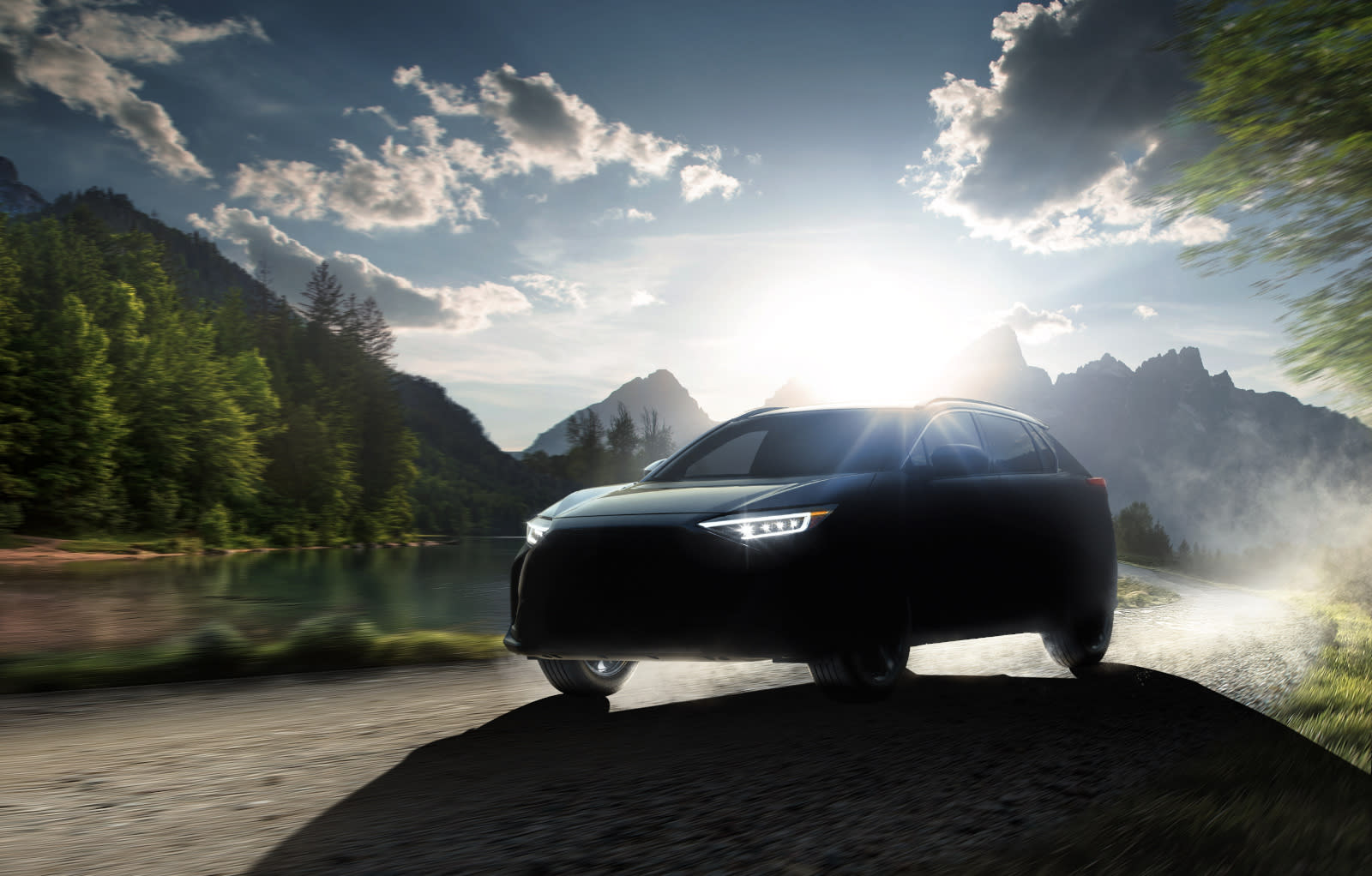 It's called Solterra, and it will be available in 2022.

Subaru has revealed that its first all-electric vehicle will called Solterra and has given us an idea of what it would look like in a photo wherein it's partially hidden in the shadows. Solterra comes from the Latin words for "sun" and "earth" and was chosen to "represent Subaru's commitment to deliver traditional SUV capabilities in an environmentally responsible package." The automaker designed the vehicle in partnership with Toyota based on the e-SUBARU all-electric platform they developed together.

While Toyota lent its electrification expertise to the joint project, Subaru contributed its knowledge on all-wheel-drive technology. Toyota is also releasing its own vehicle based on the modular platform called the bZ4X, and as Autoblog notes, the two already show a family resemblance. We'll have to wait for photos showing more of Solterra first, but it looks like the the vehicle will have angular headlights and LED accents. The company has also released a close-up image showing its name and EV badge on its rear hatch:

Subaru is expected to fully launch the Solterra sometime this year, seeing as Toyota will also launch the bZ4X before 2021 ends. The EV will then be available for purchase in 2022 in the US, Canada, China, Europe and Japan.