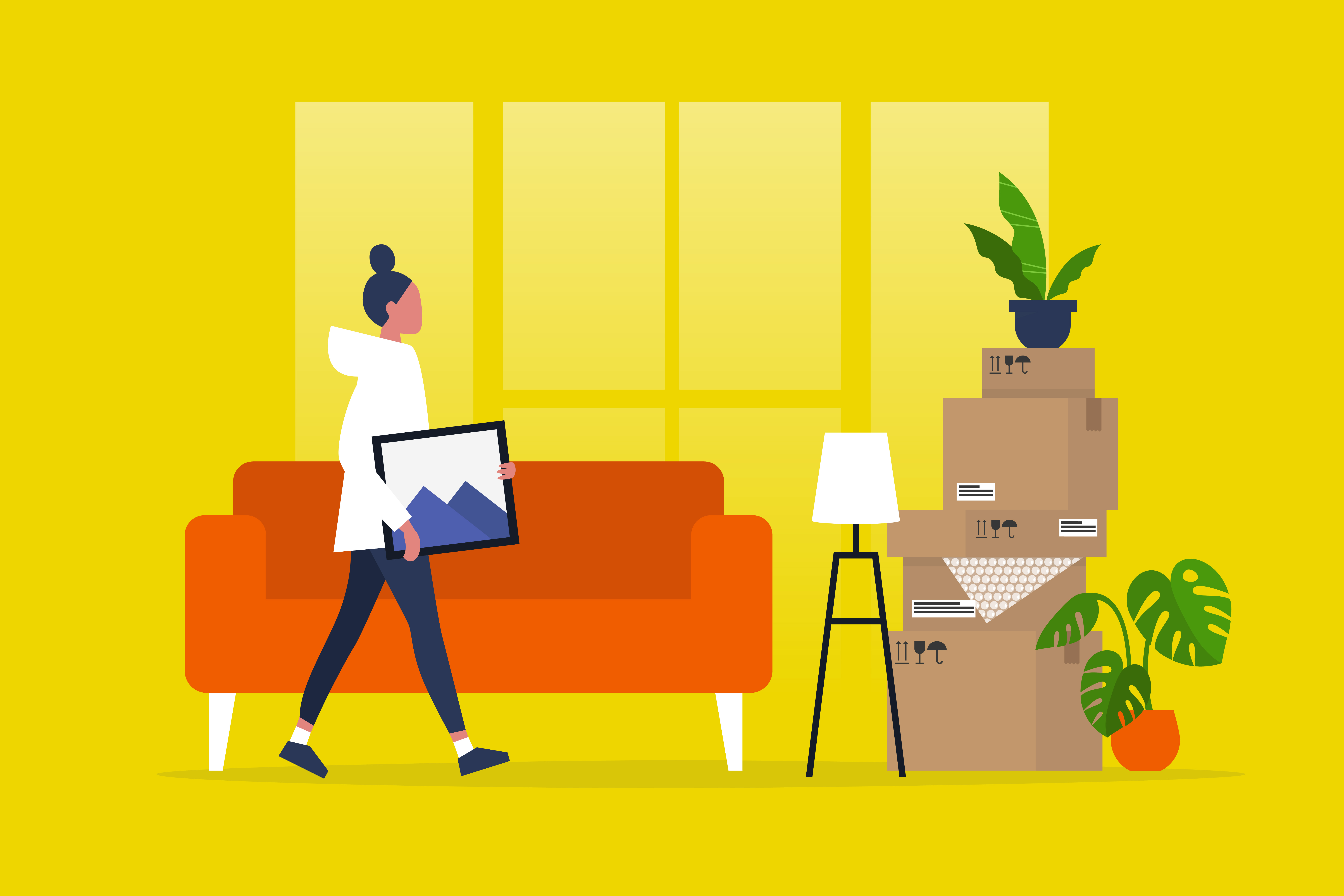 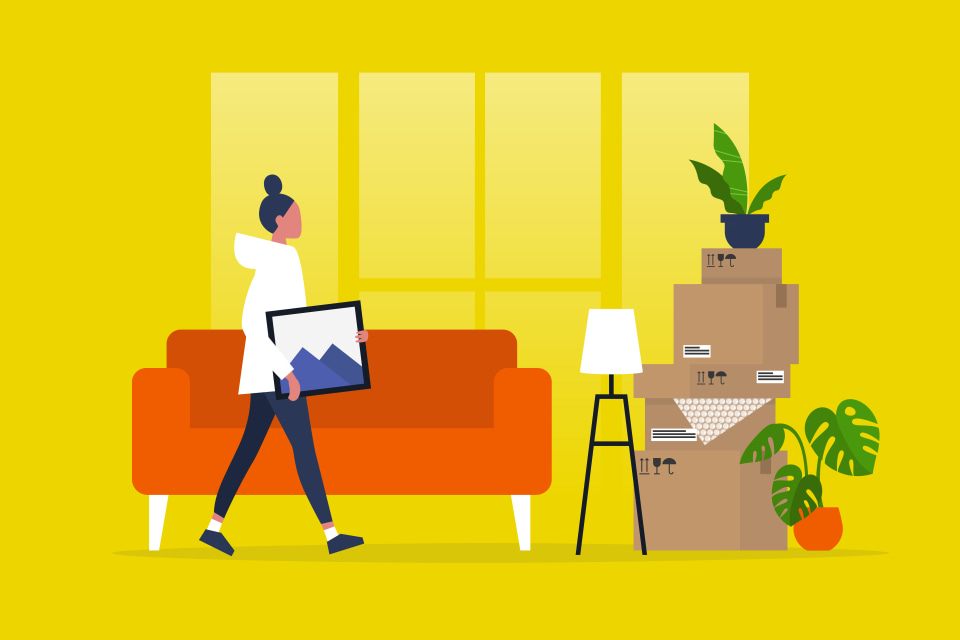 In March this year, we were told that the pandemic lockdowns would only last a few weeks. Then, that was extended to perhaps a couple of months. Now, it’s likely that the collective quarantining could last until 2021, if not longer (at least in some form). The future has never been more uncertain. But there is one industry that seems to thrive on life's unpredictability: subscriptions. No, not just to Netflix and Spotify, but to physical items, like cars, clothes and furniture. It’s a trend that’s been slowly catching on over the past couple of years, and in a lot of ways, we have technology to thank for it.

Furniture subscriptions, in particular, have gone up in popularity recently due to a large swath of the population suddenly working from home. To be clear, with these kinds of subscriptions, you’re not getting a new chair every month. Instead, they’re really more like rentals. Fernish and Feather, two start-ups that specialize in so-called furniture subscriptions, have reported that the rental of work-from-home furniture has increased by as much as 300 to 400 percent since March. Fernish even ran out of desks at one point, according to CEO Michael Barlow. “We had to double the amount of desks we offered,” he said.

One of the reasons Fernish and Feather consider themselves “subscription” services rather than simple rentals is that they claim the level of service is significantly higher. The furniture is shipped directly to your door complete with white glove delivery; they either come pre-assembled or they’ll set it up themselves. When you have to move, they’ll even move the furniture for you. Returning and swapping out furniture is also generally allowed if you’re willing to pay for it. So if you like, you could swap out the yellow couch for a blue one if you so choose.

And if you don’t want to give it up after renting it for a year, you can either extend the lease or buy it outright, minus the amount you already paid for it. Both Fernish and Feather say you never have to pay more than the furniture’s retail cost.

“[Our customers] could afford to go buy a sofa, but instead choose to buy into this lifestyle,” said Feather CEO Jay Reno. “It’s an access lifestyle rather than an ownership lifestyle.” Reno said that most of Feather’s clientele are young twenty and thirty-somethings who are constantly moving from one place to another, and prefer the flexibility of simply returning a piece of furniture rather than having to buy and sell them each time they move.

“The American dream is completely different with our generation,” said Reno of tech-savvy millennials. “We care less about buying houses and cars and jet skis and white picket fences and that sort of stuff. We care more about freedom and flexibility over being tied down to a physical thing.” Now, as brick and mortar stores shutter during the pandemic, even established furniture companies like Muji are experimenting with subscription models too.

But as modern as subscribing to furniture seems to be, the concept is nothing new. The subscription-based economy has actually been years in the making, with roots in software and digital media.

“We’ve had rentals for a long, long time,” said Jeff Galak, associate professor of Marketing at Carnegie Mellon University’s Tepper School of Business. “For companies, recurring revenue is a beautiful thing. If I have a customer who buys a product once, that’s kind of the end of my relationship with them. But if I have a customer that’s paying me a monthly subscription fee, the longer I keep them.”

“Think of Adobe,” he said. “It used to be, if you wanted Photoshop, you had to spend hundreds of dollars. But if you paid for it, you had it, and it was yours.” Now, however, you’re forced to subscribe to Adobe’s Creative Cloud to get access to Photoshop, which costs around $10 a month. That seems a lot cheaper at first, but you’d be paying a lot more over time.

Yet, Galak thinks most people do realize that there’s a higher cost. “I don’t think people are being duped,” he said. “It comes down to how much value you are getting from a product as a function of it. If I’m spending two, three hundred dollars on a product that’s going to become obsolete at some point, I can still use it for a pretty long time. On the other hand if I have to subscribe to it, I’m at least getting the latest updates, and all these new features. The question is how much extra value are people getting from the small incremental improvements?”

Then there’s the move from physical media to digital. Streaming videos and music from Netflix and Spotify is a lot easier and convenient than having to rent or buy physical copies. Sure, consumers no longer “owned” any of their own movies or music, and it probably costs more over time if you don’t really watch or listen to a lot of media, but the sheer convenience of it outweighs the negatives.

“I do believe that our experience with some of these digital services that most people have experience with, has helped open our minds,” said Amy Konary, the Vice President and Chair of the Subscribed Institute at Zuora, a think tank for subscription-based companies. “The advent of cloud, digital technologies, mobile and mobility, over the last twenty years have enabled these types of models that revolve around us.”

And for the millennial and Gen Z crowd who were born after the 1980s, this kind of technology is ubiquitous. “The digital natives who grew up during this time, all of these services were available to them in ways that weren’t available to people before,” said Konary. “So when they have to accomplish something, they think of options that didn’t exist previously, such as subscribing to things instead of buying them, and having to store things and maintain them. It frees them from the hassle of ownership.” There’s no surprise then, that many of these subscription services are advertised on Instagram and other social media platforms that are popular with the millennial generation.

Will Stewart, an economist and technology advisor based in New York City, concurs with the idea. “Millennials and Gen Z people like myself, we’ve grown up basically our whole lives with subscriptions,” he said. “I also think there’s generally a sense that we don’t depend on ownership as much. An older generation likes to own things more than younger generations do.” He brings up examples from the sharing economy such as Uber and Lyft. Though you’re not technically “subscribing” to them, they still make it less necessary to own a car. “We’re just not as attached to the car like the older generation.”

“Almost 70 percent of our customers are millennials,” said Georg Bauer, a co-founder of Fair, a vehicle subscription company that recently snapped up Ford’s subscription service last year. Fair lets customers subscribe to a vehicle on a monthly basis, which can be around $300 to $400 a month, without committing to a long-term lease. “Forcing a millennial into a six, seven year commitment can be a burden, especially in these uncertain times,” he said.

There’s also a similar sentiment around clothing subscriptions to companies like Rent The Runway or Le Tote, which let customers “rent” out clothes for a few months, and simply exchange them when they’ve run their course. At first these services were popular among young women who wanted formal outfits for special occasions or job interviews, but now have expanded their repertoire for everyday wear.

Of course, there are other kinds of subscriptions too, such as those for monthly deliveries of cosmetics, snacks and sillier things like cat toys and plants. “People subscribe to these things not because they can’t buy them,” said Konary. “They just want a curated selection that’s personalized for them that’s going to show up at their doorstep every month.” These kinds of subscriptions are generally sillier and just for fun, but at least you can usually keep them. The newer trend of subscribing or renting furniture and clothes, however, skews more toward not embracing ownership in the first place.

“We were raised to save and invest and buy a home and do all of these things,” Miki Reynolds, a 38 year old who subscribes to many of these services, told the New York Times. “But my mentality to currently rent -- it’s not YOLO, It’s more living in the present as much as planning for the future because I feel like nothing is guaranteed.” Lili Morton, a 36-year-old, expressed the same to the outlet. “I want nice things, but I’m also not going to drop thousands of dollars all at once on a bunch of things when I don’t know in a year if I’m going to be in the same place,” she said.

But as popular as subscriptions are, there is a significant downside, and that is simply cost. As mentioned above, subscribing to things can seem inexpensive at first, but if you continue renting the same thing over a long period of time, then you might end up paying more than what it’s worth. “If you subscribe to a lot of small little things, it ends up being very costly,” said Stewart. With furniture, for example, subscriptions only really make sense if you are dead sure you’re only going to be in one place temporarily.

And even if you’re fine with subscribing to your furniture, cars and clothes, not everyone is vigilant with their money. A survey (via the Atlantic) found that Americans tend to estimate their monthly subscription spend as one-third lower than the actual amount. According to Mint and the New York Times, we spend $640 a month on digital subscriptions alone. There are even dedicated expense tracking apps like TrueBill and Subby that are designed to help you audit out any unnecessary commitments. Add on payments to the various aforementioned rental services, and that’s easily over $1,000 a month spent on goods that one doesn’t even own. This is great news for businesses, but not so much for your bank account.

In the end, it might not even be that millennials don’t value ownership. “It doesn’t mean that people won’t own houses ever,” said Konary. “You’ll just own things that make sense to own, at least to you. And right now we’re seeing more interest in a model that shifts the value from ownership to actually the use of the product, and the outcome that the product helps you to achieve.”

Galak views it a little differently. “We’re not going to see a big shift to subscription over ownership,” he said. “Ownership is just too ingrained in our culture. The jury is still out on whether these newer subscriptions will work in the long run. I think a lot of these companies are just trying to get a recurrent revenue stream, and trying out different ideas that might stick.”

And what about uncertain times like the pandemic? “Sure, if this situation lasts for 12 to 24 months, then yes, ownership does become cumbersome because I might not want to deal with something that I have to get rid of in a year or two,” said Galak.

“But, well, I think most people believe the pandemic is going to go away eventually,” he continued. “It’s not going to be forever.”

In this article: subscriptions, news, gear, tomorrow
All products recommended by Engadget are selected by our editorial team, independent of our parent company. Some of our stories include affiliate links. If you buy something through one of these links, we may earn an affiliate commission.