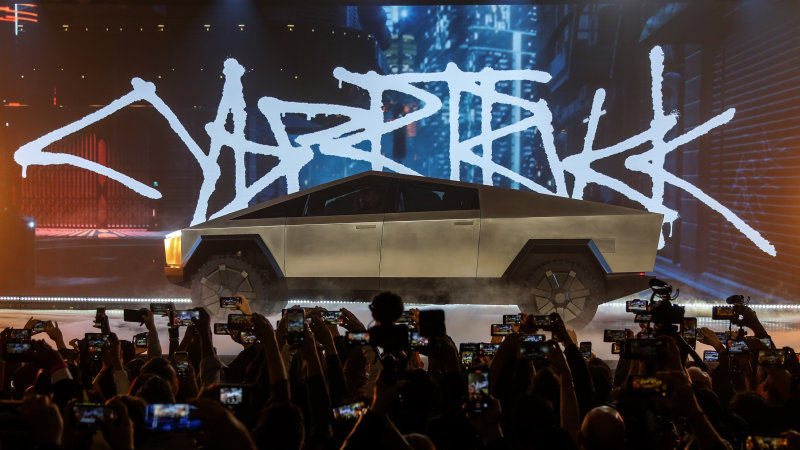 Musk has been promoting the Cybertruck on Twitter and cryptically tweeting out updates to the number of preorders the company has received since the launch late Thursday.

After more than 50 interactions on Twitter since the launch, he tweeted "250k" on Tuesday night in an apparent reference to the number of reservations.

The company did not immediately confirm the figure after regular market hours.

Tesla opened preorders immediately after the unveiling and allowed potential buyers to book the truck by depositing a fully refundable $100, compared with the $1,000 it charged for booking Model 3 sedans in 2016.

Not all reservations translate into sales as many are likely eventually to be cancelled and money refunded to depositors. Tesla plans to start manufacturing the truck around late 2021.

The electric carmaker received 325,000 preorders for the Model 3 in the first week of bookings three years ago, and the Cybertruck could rival that figure with two days still to go for its first week of preorders.

The truck, made of stainless steel that Musk says is used in SpaceX rockets and priced at $39,900 and above, failed to impress Wall Street last week after its "armored glass" windows shattered in a launch demonstration and analysts argued the design would not have mass appeal.