Snag 'Quake' for free this weekend in the Bethesda Launcher 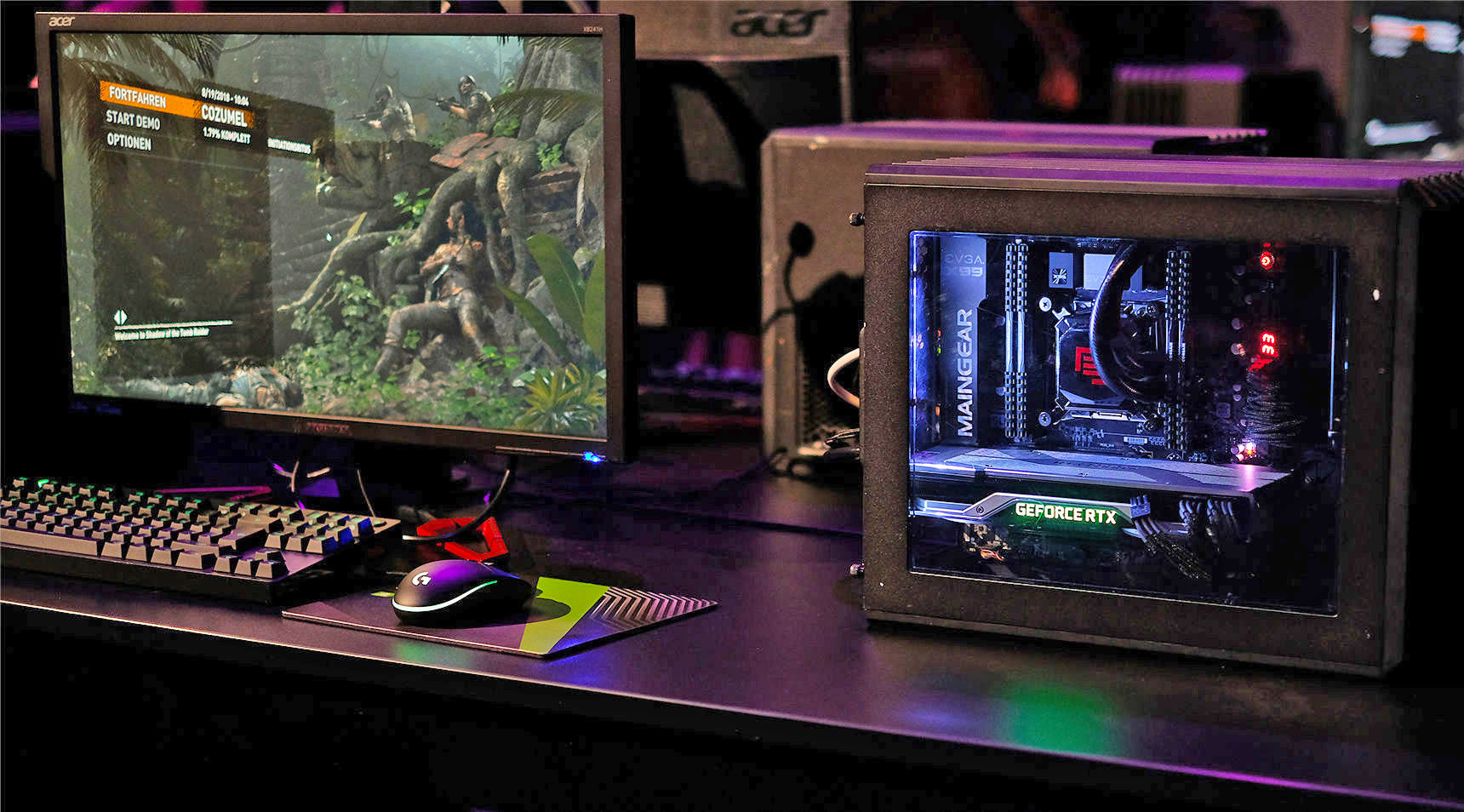 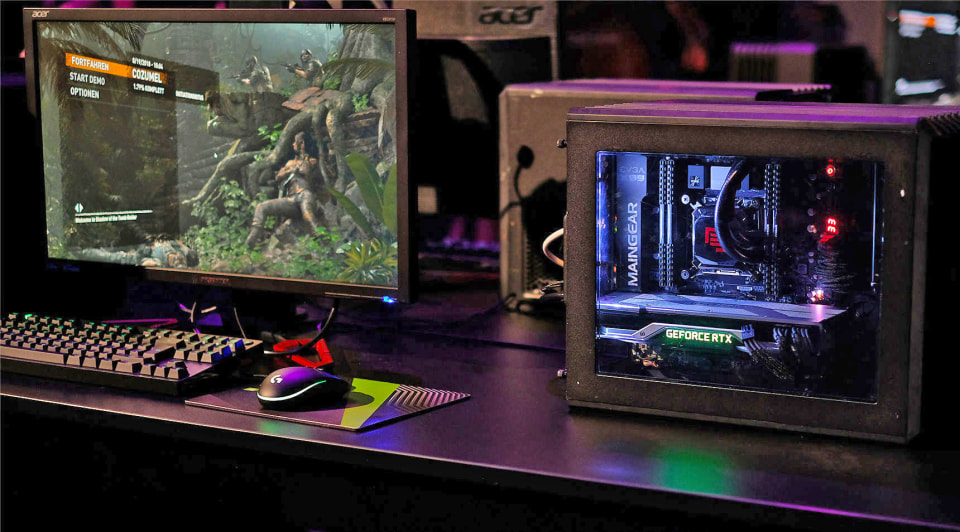 So how do you categorize a beast like gaming on the PC? With decades of titles to pluck from (and the first port of call for most indie titles, too), there's so much to choose from. Gaming on your PC adds the benefits of (nearly always flawless) backward compatibility and console-beating graphical performance -- if you've got the coin for it. We've tried to be broad with our recommendations here on purpose. There are so many great games out there for your PC, consider these some starting points. Mid-2020, we’re adding Half Life: Alyx and Persona 4.

Beat Saber is a euphoric gaming sensation that makes the most of virtual reality. You'll swing your unofficial lightsabers at incoming boxes, slicing and slamming them to the beat of the soundtrack. Similar to iconic rhythm-rail-shooter, Rez, which has its own VR iteration, Beat Saber often makes you feel like you're creating the music as you hit your cues. We might have had initial reservations on the soundtrack at launch but new tracks and customizations continue to add to the challenge. There's even a level creator for PC players, making this the definitive version.

Take the weird Twin Peaks narrative of Alan Wake, smash it together with Quantum Break's frenetic powers and gunplay, and you've got Control. Playing as a woman searching for her missing brother, you quickly learn there's a thin line between reality and the fantastical. It's catnip for anyone who grew up loving The X-Files and the supernatural. It's also a prime example of a studio working at their creative heights, both refining and evolving the open-world formula that's dominated games for the past decade.

Disco Elysium is a special game. The first release from Estonian studio ZA/UM, it's a sprawling science-fiction RPG that takes more inspiration from D&D and Baldur's Gate than modern combat-focused games. In fact, there is no combat to speak of, instead, you'll be creating your character, choosing what their strengths and weaknesses are, and then passing D&D-style skill checks to make your way through the story. You'll, of course, be leveling up your abilities and boosting stats with items, but really the game's systems fall away in place of a truly engaging story, featuring some of the finest writing to ever grace a video game.

It would've been simple for id Software to follow-up 2016's Doom reboot with more of the same. id Software did not do that. Instead, they followed it up with more of everything. Doom Eternal takes the foundations of Doom and throws in new traversal mechanics to get around massive, Doom 2-style interconnected levels, along with more weapons and upgrades than you can possibly make use of. It's all a little overwhelming, and not everything comes off, but it's still a hell of a ride. It's also amazingly optimized, with even mid-range hardware like mine running at 144fps at 1440p without any need to futz with settings.

Where the real fun comes in is in the narrative, which plays out in two ways. There's the structured side, where every so often you'll be asked to make decisions that may improve or hinder your chances of survival. And then there's the natural story you create for yourselves, as you're forced to decide, for example, whether it's worth sacrificing a crew member for the greater good.

Hades is the first early access title to ever make our best PC game list. It's an action-RPG developed by the team behind Bastion, Transistor and Pyre. You play Zagreus, son of Hades, who's having a little spat with his dad, and wants to escape from the underworld. To do so, Zagreus has to fight his way through the various levels of the underworld and up to the surface. Along the way, you’ll pick up “boons” from a wide range of ancient deities like Zeus, Ares and Aphrodite, which stack additional effects on your various attacks. Each level is divided into rooms full of demons, items and the occasional miniboss.

As Hades is a “roguelike” game, you start at the same place every time. With that said the items you collect can be used to access and upgrade new weapons and abilities that stick between sessions. Hades is on this list not for any reason other than it’s super accessible and very, very fun. You can jump in for 30 minutes and have a blast, or find yourself playing for hours. It's been in early access for well over a year at this point, and is tremendously polished, with a full release expected in the latter half of 2020.

Half-Life: Alyx feels like a miracle. After 13 years away from the franchise, Valve delivered a genuinely thrilling prequel to Half-Life 2 while also charting new territory for VR gameplay. The gravity gloves, its key new feature, is the closest I’ve ever felt to having telekinetic powers. It gives you multiple movement options so you don’t get sick trotting around the expansive environments. Oh yeah, and it’s also absolutely terrifying, banking on the claustrophobic nature of VR. There’s no looking away when a facehugger leaps at you from the dark, or when a horrifically deformed zombie gets in your face. It might sound a bit hyperbolic, but Alyx might end up being one of the most important titles of this generation. Building a big-budget game for a niche VR market doesn’t make much sense for most companies, but for Valve, it’s Tuesday.

Nier Automata takes the razor-sharp combat of a Platinum Games title and puts it in a world crafted by everyone's favorite weirdo, Yoko Taro. Don't worry, you can mostly just run, gun and slash your way through the game, but as you finish, and finish and finish this one, you'll find yourself pulled into a truly special narrative, that's never been done before and will probably never be done again. It's fair to say that the PC release, as is unfortunately often the case, wasn't exactly the best and is still remarkably lacking in options, but it's at least stable now, and trust us when we say this one is unmissable.

Calling Persona 4 Golden a PC game still doesn't feel quite right: It's a port of a PS Vita port of a PlayStation 2 game. So why is it here? Well, it's fantastic, and it's an experience that will be unique to gamers who exclusively play on PC. Like other Persona titles, P4G is split in two; half Japanese-teen-life sim, half dungeon-crawling JRPG. Each side feeds into the other, with closer real-world relationships leading to stronger performance in dungeons, and it all propels forward a story that feels at once small and impossibly large.

It's not a perfect Persona game -- the procedurally generated dungeons are a series low-point that were thankfully scrapped for Persona 5 -- but it does have the most memorable cast of characters, and at $20 for a solid 70 hours of video game, it's well worth your time.

This is an unforgettable ghost-story-slash-murder-mystery with a distinctive old-school graphical style. It's unlike any game we've played in a while, with a low-key musical score and a style of puzzle solving that's like one satisfying, grisly riddle. In Return of the Obra Dinn, you're put aboard a ship, alone. There is, however, a corpse near the captain's cabin. As you track the deceased's final footsteps, leading to yet more grisly ends, you need to figure out what happened. Who killed who? And who is still alive? Special mention to the sound effect that kicks in every time you solve the fates of three of the crew. Goosebumps.

It might be the best open-world RPG out there. Despite now being several years old, The Witcher 3: Wild Hunt is a dense action game that acknowledges the maturity of the player with multiple -- occasionally harrowing -- storylines, choices that have consequences and almost too much game to wrestle with. It's not perfect; the combat system is rough, frustrating death comes in the form of falling from just a few feet and there's a lot of quest filler alongside many incredibly well thought out distractions. The scope and ambition on display will have you hooked, and once you're done, there are some excellent expansions to check out.

In this article: best games pc, 505 games, bethesda, Square Enix, thebuyersguide, steam, epic games store, best games, gog, CDPR, feature, gaming
All products recommended by Engadget are selected by our editorial team, independent of our parent company. Some of our stories include affiliate links. If you buy something through one of these links, we may earn an affiliate commission.