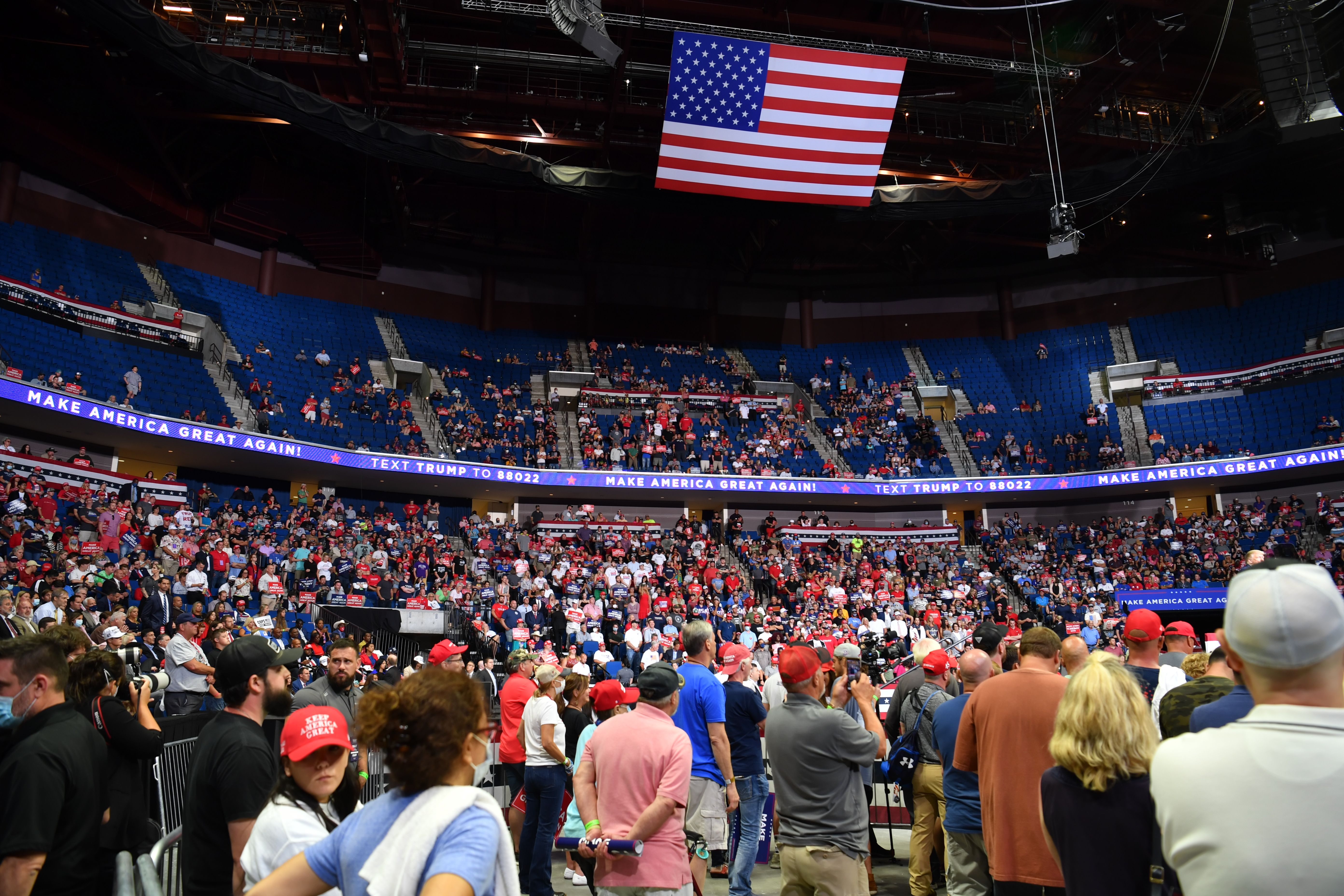 It’s no secret that President Trump’s Tulsa rally on June 20th had attendance far short of his campaign’s expectations, but that might have been due in part to a relatively new force in politics: internet-savvy teens. As the New York Times and Vulture have reported, TikTok users and K-pop fans say they registered massive amounts of free tickets in the run-up to the rally to artificially pump up attendance expectations and create an inevitable disappointment. Many were careful to delete social posts to prevent Trump’s campaign from catching wind of the ploy, and at least some used internet phone numbers to feed the campaign junk data.

Instagram and Snapchat users are also believed to have played a role.

It’s unclear exactly how much of an impact these social media efforts had, since COVID-19 may have kept many at home regardless. However, Trump campaign manager Brad Parscale had clearly accepted inflated attendance numbers when he boasted of over 1 million ticket requests on June 15th, and the team had prepared an overflow section (complete with an additional speech) that never got used.

This isn’t the first time the K-pop crowd has used its collective online energy in the political arena. It recently flooded racist Twitter hashtags with fancams (fan footage of celebrities) at the height of Black Lives Matter protests, effectively drowning out hateful messages. This, however, is on another level. If early evidence holds true, some of the social media world’s youngest audience may have skewed Trump’s campaign (or rendered its attendance guidance useless) without leaving home.

This is what happened tonight. I’m dead serious when I say this. The teens of America have struck a savage blow against @realDonaldTrump. All across America teens ordered tickets to this event. The fools on the campaign bragged about a million tickets. lol. @ProjectLincoln.

In this article: politics, trump, president trump, elections, TikTok, Election, internet, Donald Trump, K-Pop, Social media, Tulsa, social networking, Election2020, Social network, news, gear
All products recommended by Engadget are selected by our editorial team, independent of our parent company. Some of our stories include affiliate links. If you buy something through one of these links, we may earn an affiliate commission.