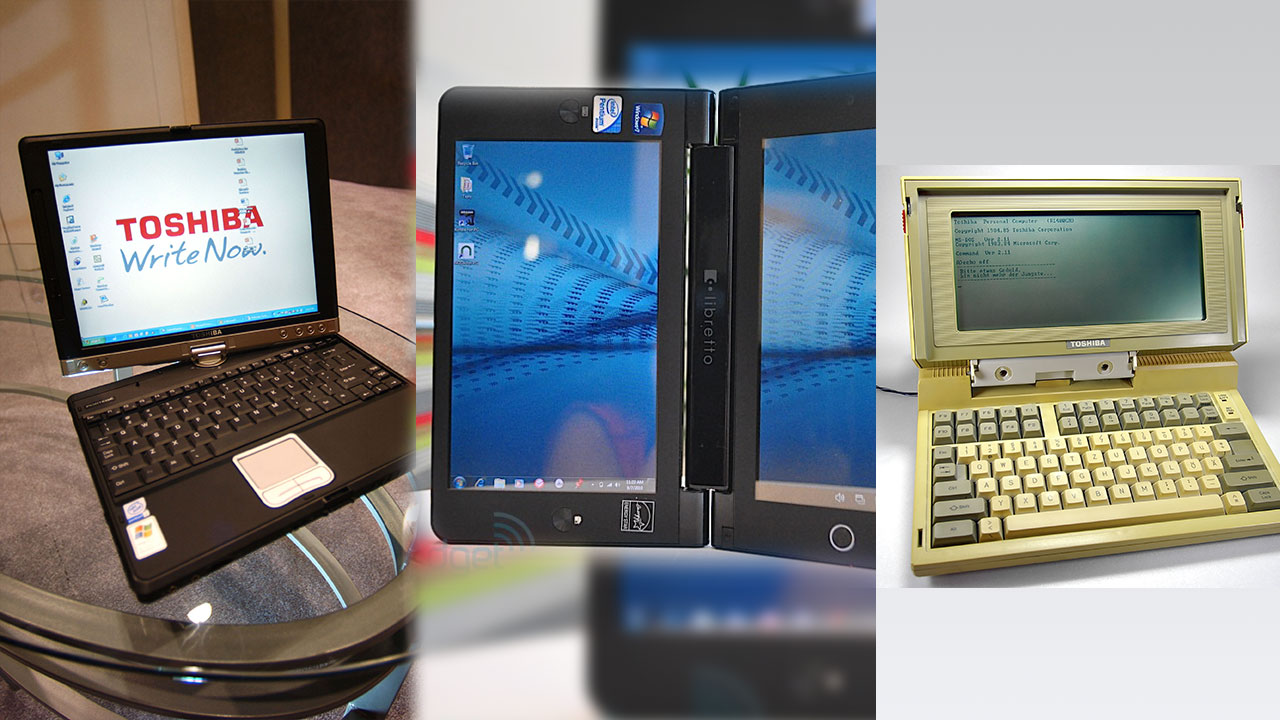 Toshiba officially exited the laptop business last week when it sold the remaining 20 percent of its computer business to Sharp, who had already purchased the other 80 percent back in 2018. It’s not a huge surprise, given that the business wasn’t exactly booming even before 2018. But now that Toshiba’s officially done with laptops, it’s worth looking back at a handful of the company’s most memorable devices. While Toshiba certainly churned out plenty of anonymous Windows computers, it also built some machines that were quite ahead of their time.

Perhaps the most noteworthy is the T1100, which Toshiba marketed as the world’s “first mass-market laptop computer.” And indeed the T1100 ended up defining portable computers in the late ‘80s, until Apple’s Powerbook lineup arrived in 1991. More recently, Toshiba was also about a decade early to dual-screen foldable devices, and it also was crazy enough to build a TV tuner into a laptop in 2003. Join us as we bid adieu to Toshiba and some of its more memorable designs.

In this article: libretto, satellite, t1100, toshiba, news, gear
All products recommended by Engadget are selected by our editorial team, independent of our parent company. Some of our stories include affiliate links. If you buy something through one of these links, we may earn an affiliate commission.