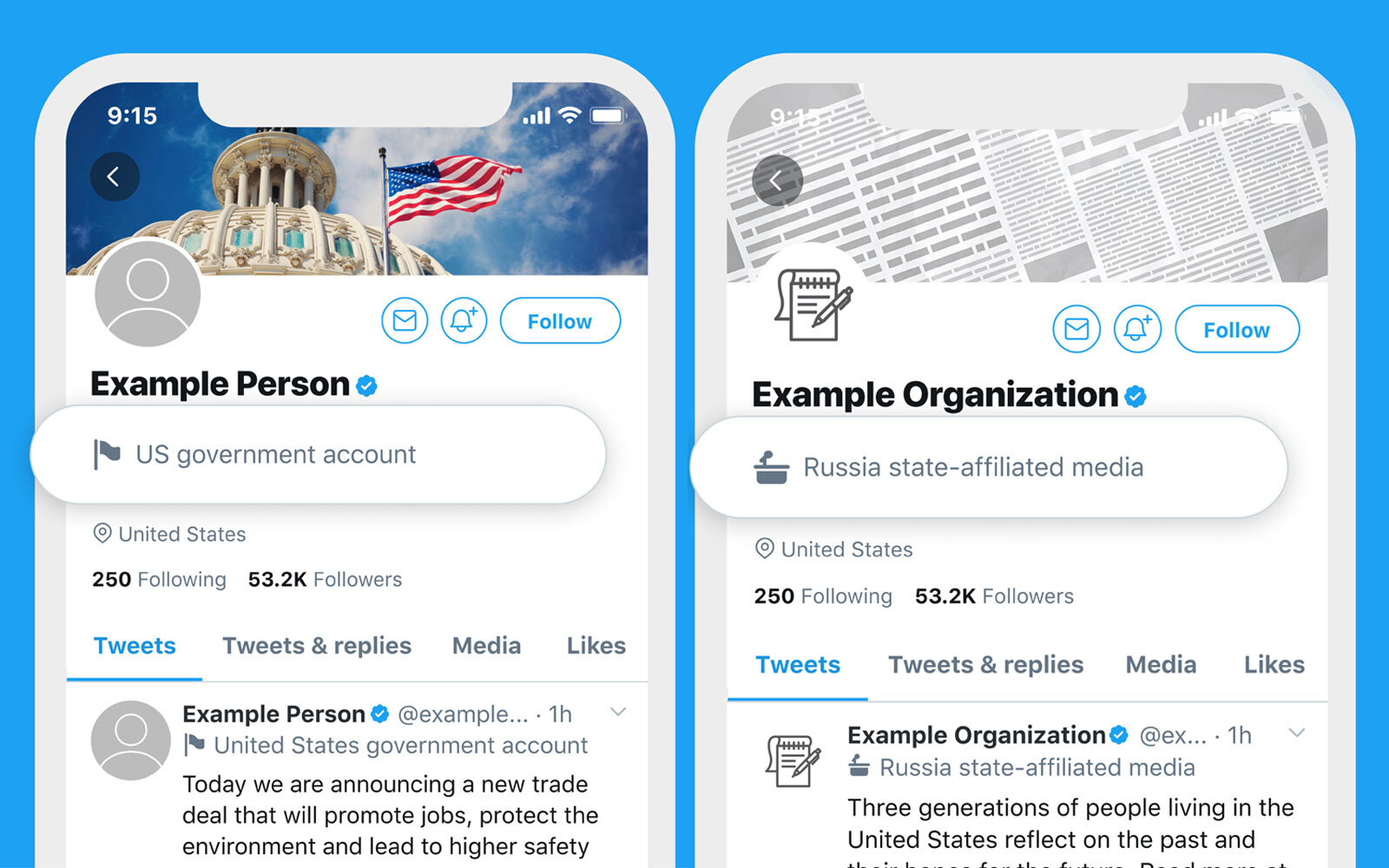 Twitter wants to make it easier for users to identify official government accounts and state-affiliated media. The company will begin adding labels to accounts representing government officials and state-backed media.

Twitter says it’s starting with “accounts of key government officials, including foreign ministers, institutional entities, ambassadors, official spokespeople, and key diplomatic leaders,” and that the “focus is on senior officials and entities who are the official voice of the state abroad.”

Initially, the labels will only cover officials from the US, UK, Russia, China and France, but Twitter says it plans to expand the feature to more countries in the future. The labels, which have already started showing up, appear in each account’s profile and within every tweet they send.

For state-affiliated media, Twitter will label official accounts for the media organization, as well as those belonging to their “editors-in-chief, and/or their senior staff.” The company defines state media as “outlets where the state exercises control over editorial content through financial resources, direct or indirect political pressures, and/or control over production and distribution.”

Additionally, accounts with “state-affiliated media” these labels will no longer appear in Twitter’s recommendations.

In this article: Twitter, Social media, Policy, Government, news, gear
All products recommended by Engadget are selected by our editorial team, independent of our parent company. Some of our stories include affiliate links. If you buy something through one of these links, we may earn an affiliate commission.