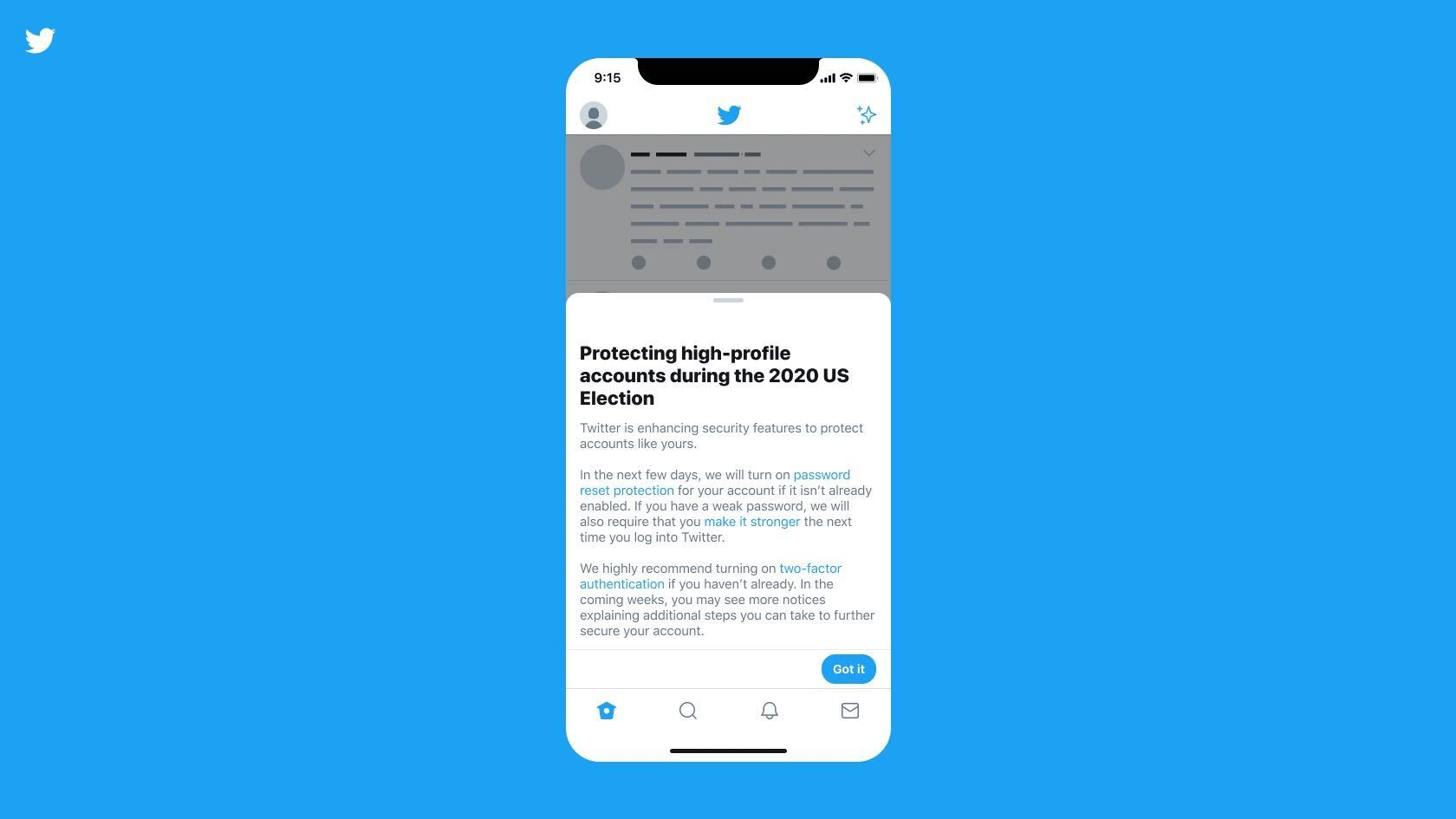 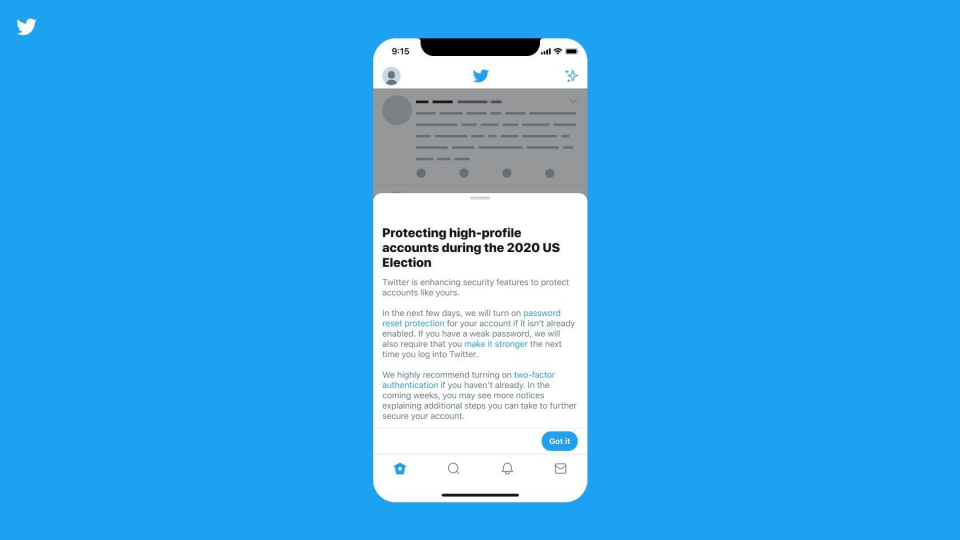 Twitter is stepping up security for accounts belonging to elected officials and other “high profile” figures ahead of the election. With the update, Twitter will require users with weak passwords to update their logins, and will encourage them to enable two-factor authentication. The company will also enable “password reset protection,” to prevent unauthorized password resets and impose other measures to protect against hackers.

“We’re taking the additional step of proactively implementing account security measures for a designated group of high-profile, election-related Twitter accounts in the US,” Twitter explains. “Starting today, these accounts will be informed via an in-app notification from Twitter of some of the initial account security measures we will be requiring or strongly recommending going forward.

In addition to the new login and password protection measures, Twitter says it will take additional steps to protect accounts internally. These include:

-More sophisticated detections and alerts to help us, and account holders, respond rapidly to suspicious activity

The new measures will apply to politicians at the federal and state level, as well as people associated with political parties, campaigns, and candidates in US House, Senate or gubernatorial races. The requirements will also apply to “major US news outlets and political journalists.”

Lawmakers have previously criticized Twitter for not doing enough to protect high-profile accounts after hackers gained control of several prominent accounts, including Barack Obama, Joe Biden, Elon Musk and Bill Gates. A Florida teenager and two others were later arrested for their alleged roles in the hack.

The update is the latest in a series of changes Twitter has implemented to strengthen its policies and security ahead of the election. The company also introduced a new misinformation policy and added a hub for election news to promote information from “reputable” sources.

In this article: security, 2020 Elections, internet, Social media, Twitter, news, gear
All products recommended by Engadget are selected by our editorial team, independent of our parent company. Some of our stories include affiliate links. If you buy something through one of these links, we may earn an affiliate commission.