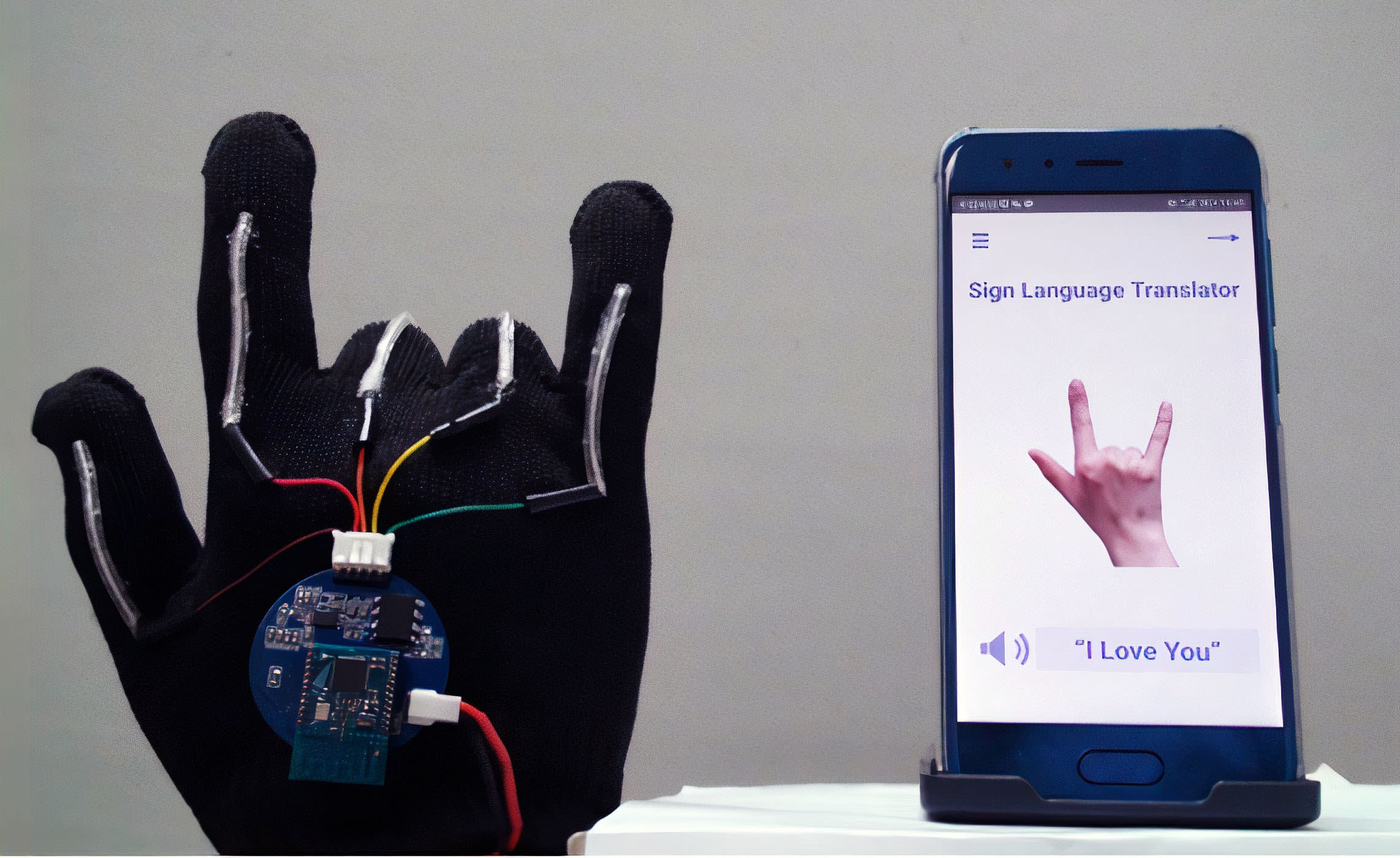 Researchers at UCLA have developed an inexpensive, high-tech glove that can translate sign language into written and spoken words on a smartphone (via Fast Company). The system works in real time and can interpret 660 American Sign Language signs with a promising 98.63 percent accuracy. It could one day be used to teach more people sign language and help deaf people communicate with non-sign language users.

The gloves have stretchable sensors made of electrically-sensing yarn running up each of the five fingers. The signals travel to a dollar coin-sized circuit board placed on the back of the glove, which then transmits wireless signals to smartphone. An app can convert those into text in real time at a rate of up to a word per second (60 words per minute). The team also place adhesive sensors on testers’ faces to capture facial expressions that are part of American Sign language.

The concept isn’t new, but UCLA’s prototype gloves are more comfortable and far less bulky than other designs, the researchers said. Better still, the parts only cost about $50 and could drop even more with large scale production, UCLA assistant professor Jun Chen told Fast Company.

It’s still a prototype and needs to be faster and understand more signs to be practical. However after a few more years of development, it could allow deaf people to communicate more easily. “Our hope is that this opens up an easy way for people who use sign language to communicate directly with non-signers without needing someone else to translate for them,” said Chen.

Critics within the deaf community weren’t quite as impressed, saying deaf signers already have tools to help them communicate. “It would be so much easier if tech focused on user-driven and user-centered design in the first instance,” deaf post-doctoral researcher Gabrielle Hodge told CNN. However, it could also serve as an educational tool. “We hope it can help more people learn sign language themselves,” said Chen.

In this article: wearables, gloves, sign language, translation, news, tomorrow
All products recommended by Engadget are selected by our editorial team, independent of our parent company. Some of our stories include affiliate links. If you buy something through one of these links, we may earn an affiliate commission.