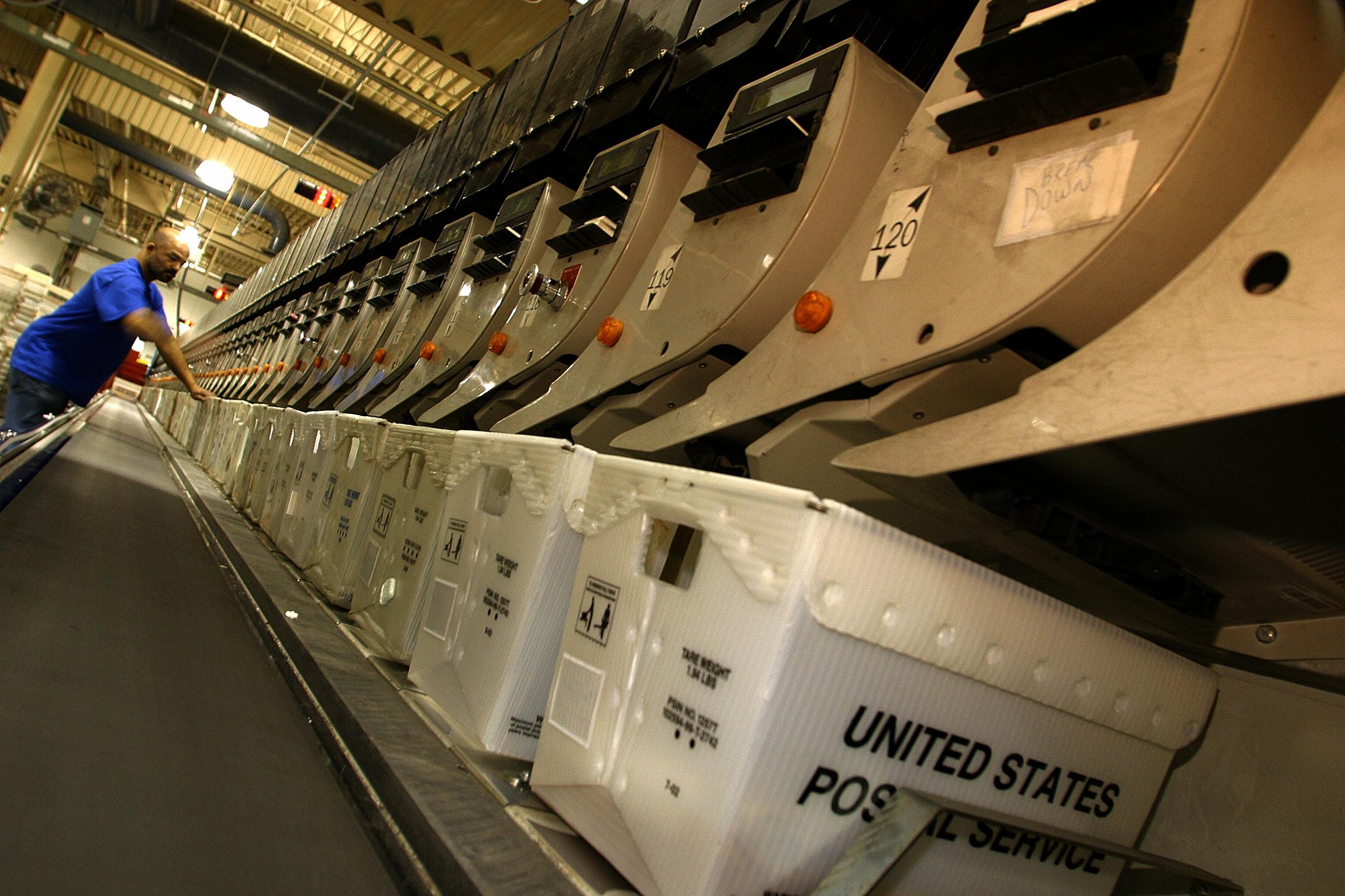 The United States Postal Service today suspended measures that caused mail-delivery delays across the country in recent weeks, including an initiative designed to remove hundreds of mail-sorting machines from active rotation. There are no public plans to reinstate machines that have already been taken offline, but starting today, no additional units will be removed from service until after the US presidential election in November.

Vice reported last week that the USPS had begun retiring mail-sorting machines across the country “without any official explanation or reason given,” significantly slowing employees’ ability to organize and send mail. A total of 671 machines, or 10 percent of the postal service’s stock, were scheduled to be taken offline, according to The Washington Post.

This was part of a larger initiative to “strengthen the Postal Service” by Postmaster General Louis DeJoy, who joined the USPS in June after 35 years as an executive at a large supply-chain logistics company. DeJoy is a noted ally of President Donald Trump, who has been attempting to discredit the USPS ahead of the November election. Trump admitted on August 13th that his recent rhetoric against the USPS was designed to curtail the country’s mail-in voting process.

When DeJoy took over the USPS in June, he implemented hiring freezes and organizational rules that caused delays in the delivery of some prescriptions and mid-summer primary ballots across the US. Alongside the forced retirement of mail-sorting machines, DeJoy instituted rules that limited the amount of overtime employees could earn, and banned extra trips that would ensure on-time deliveries.

Today in a statement, DeJoy said, “To avoid even the appearance of any impact on election mail, I am suspending these initiatives until after the election is concluded. I want to assure all Americans of the following: Retail hours at Post Offices will not change. Mail processing equipment and blue collection boxes will remain where they are. No mail processing facilities will be closed. And we reassert that overtime has, and will continue to be, approved as needed.”

DeJoy's statement, which says nothing about remedying the damage he's already done and asserts @USPS is ready for an influx of election mail despite all evidence to the contrary, cannot be taken in good faith. House Dems will do our job and pass leg. protecting @USPS on Saturday. https://t.co/hRlig3BgQM

Democrats — and some Republicans — have been railing against attacks on the Postal Service for weeks, and on August 12th, Postal Service Inspector General Tammy Whitcomb launched an investigation into DeJoy’s new policies. DeJoy will testify before the Senate Homeland Security and Governmental Affairs Committee on Friday, and he’ll appear before the House Oversight Committee the following Monday. House Democrats plan to pass a funding bill aimed at the USPS on Saturday, August 22nd.

While today’s promise from DeJoy halts ongoing efforts to handicap the USPS, it doesn’t address any damage that’s already been done — notably, it doesn’t reinstate the mail-sorting machines that have already been taken offline. Democratic lawmakers have pledged to include reparative measures in the Saturday bill.

In this article: mail, usps, postal service, mail-in voting, elections, news, tomorrow
All products recommended by Engadget are selected by our editorial team, independent of our parent company. Some of our stories include affiliate links. If you buy something through one of these links, we may earn an affiliate commission.