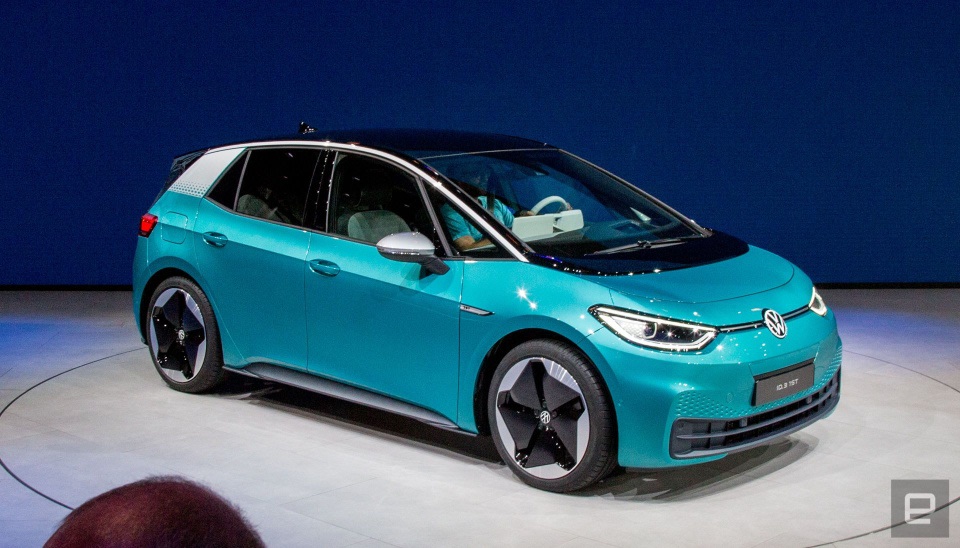 Volkswagen's ID.3 EV finally has an official release date. Consumers in most European countries will be able to put a deposit on the EV starting on June 17th. Those who do will have two delivery options. They'll be able to get the EV either as soon as possible or later in the year. The earliest deliveries will take place in September, with the latter ones scheduled for Q4 2020. There's a good reason to wait; the reports of Volkswagen struggling with the ID.3's software seem to have been accurate.

The first ID.3 models Volkswagen rolls out won't ship with some of the App Connect and heads-up display features the company had planned to include before today's announcement. Those features will arrive later in a free software update and will come pre-installed on the models that ship later in the year. Volkswagen will enroll those who end up ordering the ID.3 during its first phase of availability in its new First Movers club. People who lease their ID.3 will get the most out of the membership since they won't have to pay any interest for the first three months that they own their new EV. General availability will open four weeks after the car first goes on sale.

While Volkswagen plans eventually to sell the ID.3 in three different range configurations, the 30,000 "First Edition" variants the company is manufacturing initially will feature a 58kWh battery with 100kW DC or 11kW AC fast charging. Using the WLTP standard, the automaker claims that this model will get about 261 miles on a single charge.

The First Edition will be available in three trims, with the basic one set to cost under €40,000 (approximately $45,400). At the top end, the Max trim will cost under €50,000 (about $56,780) but will come with extras like an augmented reality heads-up display, two additional loudspeakers and driver-assist features.

While it's not slated to make its way to North America, Volkswagen has a lot riding on the ID.3. It's the car that's supposed to launch the automaker's big electrification push. The MEB platform it's built on will also form the base of its upcoming North American-bound ID.4 EV.

In this article: Volkswagen, transportation, electric car, electric vehcile, green, id.3, id.4, vw, news, gear
All products recommended by Engadget are selected by our editorial team, independent of our parent company. Some of our stories include affiliate links. If you buy something through one of these links, we may earn an affiliate commission.