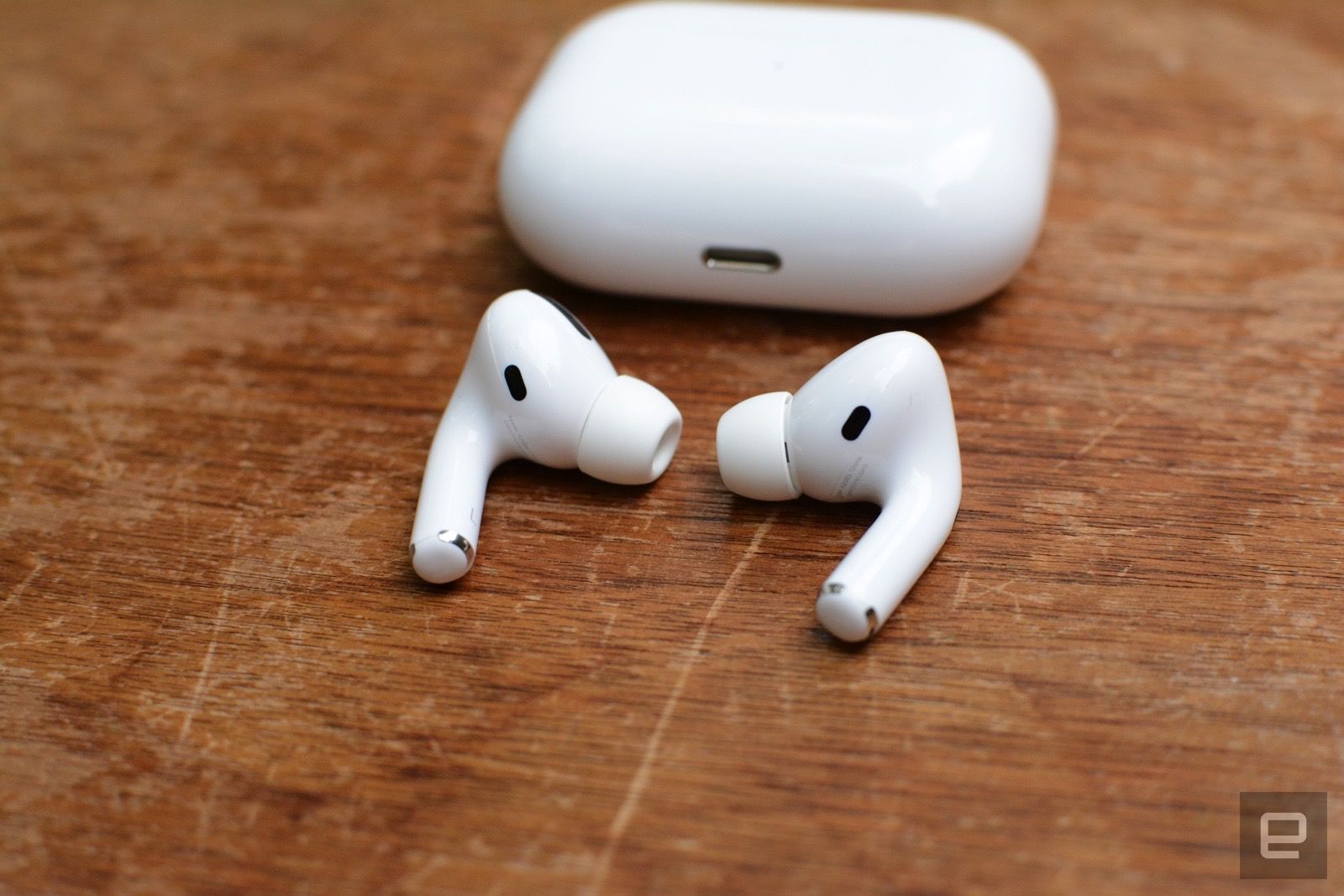 Early Black Friday sales are in full swing as we approach Thanksgiving, but the thing about 2020 sales is that many of them aren’t lasting long. Best Buy and Walmart have had a number of one-day or two-day sales since the month began — while those are great opportunities to cross items off your list, you’ll have to wait for (hopefully) the next time those prices come around if you miss them the first time.

While most of the sales in Best Buy’s Single’s Day sale earlier this week have expired, there continue to be other deals you can snag right now. Apple’s AirPods Pro remain at a new all-time low on Amazon, Razer gaming peripherals are deeply discounted and the Nintendo Switch Pro Controller is on sale yet again. Here are the best deals from this week that you can still get today.

The AirPods Pro remain at their lowest price ever on Amazon, only $194. If you like the idea of AirPods but want buds with better sound quality or a better fit, the Pros are the ones for you. We gave them a score of 87 for their solid audio and ANC quality, IPX4 water resistance and hands-free Siri capabilities.

A specced-out version of Apple’s smallest iPad is 25 percent off at Amazon. The 256GB iPad mini with WiFi and LTE is down to $512.28, which is much more affordable than its normal $679 price. We gave the mini a score of 85 for its compact design, solid performance and battery life and new support for the 1st-generation Apple Pencil.

You can save $100 on a powerful model of Apple’s iPad Pro right now. The 256GB 12.9-inch iPad Pro is down to $999, which is a new record low (the base 128GB model is $60 off, but it has been around that price for some time now). We gave the latest iPad Pros a score of 83 for their excellent performance, support for the 2nd-generation Apple Pencil, newfound trackpad support and new LiDAR sensor.

Razer’s running an early Black Friday sale on Amazon through November 15 that discounts some of its most popular gaming mice, keyboards and more. Our favorites from the sale include the BlackWidow Elite mechanical keyboard for $85, the Basilisk X HyperSpeed mouse for $40 and the Viper wired mouse for $40.

Nintendo’s Switch Pro Controller is a great alternative to the standard Joy-Cons and now it’s down to $59, which is $10 off its normal price. While that isn’t a huge discount, this controller doesn’t often go on sale — and this is the lowest price it’s ever been. We like the level of control it gives you when you’re playing games like Breath of the Wild. Amazon and Walmart also have a couple of solid Switch games on sale, including BioShock: The Collection for $25 and Animal Crossing: New Horizons for $50.

A new early Black Friday sale at Best Buy discounts a bunch of beloved Switch games. Both Fire Emblem: Three Houses and New Super Mario Bros U Deluxe are down to $35, while Luigi's Mansion 3 and The Legend of Zelda: Link's Awakening are on sale for $40. Amazon’s matching the sale prices on the latter games, so you can pick them up there if you prefer.

You’re still able to grab Eufy’s manual baby monitor for only $79 at Newegg when you use the code 9BFSTART98 at checkout. This cuts $50 off its price and brings it to a record low. We like Eufy’s Spaceview baby monitor and this is a manual version of that, which means you’ll have to pan and tilt the camera yourself before you check in on your baby. Otherwise, you’re still getting the 5-inch display monitor and this model has an even longer, 30-hour battery life.

Wellbots discounted all of Garmin’s Fenix 6 smartwatches by $150, bringing the cheapest of the bunch down to $449. The Fenix family is designed for serious athletes, triathletes and those who spend a ton of time outdoors. Not only do they have things like heart rate monitors, built-in GPS, blood oxygen sensors and more, but they also track dozens of workout profiles, support Garmin’s Live Track feature and include Garmin Pay.

Arturia kicked off its Black Friday sale this week by slashing 50 percent off some of its music software. The sale runs through December 3, and you can get Pigments for $99, FX Collection for $199 and V Collection for $249.

The Surface Go laptop with a Core i5 processor, 8GB of RAM and a 256GB SSD (in sandstone only) is $749 right now, down from $899. We gave this laptop a score of 82 for its thin and light design, lovely display and good performance as an affordable Windows device. Just keep in mind that Microsoft’s own Black Friday sales start next week, so you may be able to pick up this up for even less if you hold out a bit longer.

The standing-desk maker Fully is having a sale on most items on its website, including the popular Jarvis Bamboo Standing Desk. The aforementioned starts at $475 in this sale, which is $84 less than its normal starting price. Engadget’s Nicole Lee recently bought this standing desk and has enjoyed it — but she was even more impressed with Fully’s customer service. Other items of note in this sale are the Cooper Standing Desk Converter, which now starts at $254, and the Remi Standing Desk, which is down to $382.

JBL’s having a sale on its Cinema 610 speaker system that drops it from $400 to $170. That’s 57 percent off and a great deal if you want to get a movie-theater-like audio experience at home without building your own sound system setup from scratch. This pack comes with a bass reflex, 60W subwoofer and five identical satellite speakers.

If you live in Apple’s ecosystem and want a wireless charger that can handle all of your devices at once, Aukey’s 3-in-1 station should do the trick. It has neat spaces for your iPhone, Apple Watch and AirPods — all able to charge wirelessly at the same time. If you clip the 10-percent coupon on the product page and use the code R8KS354M at checkout, you’ll get the charging station for $20.29.