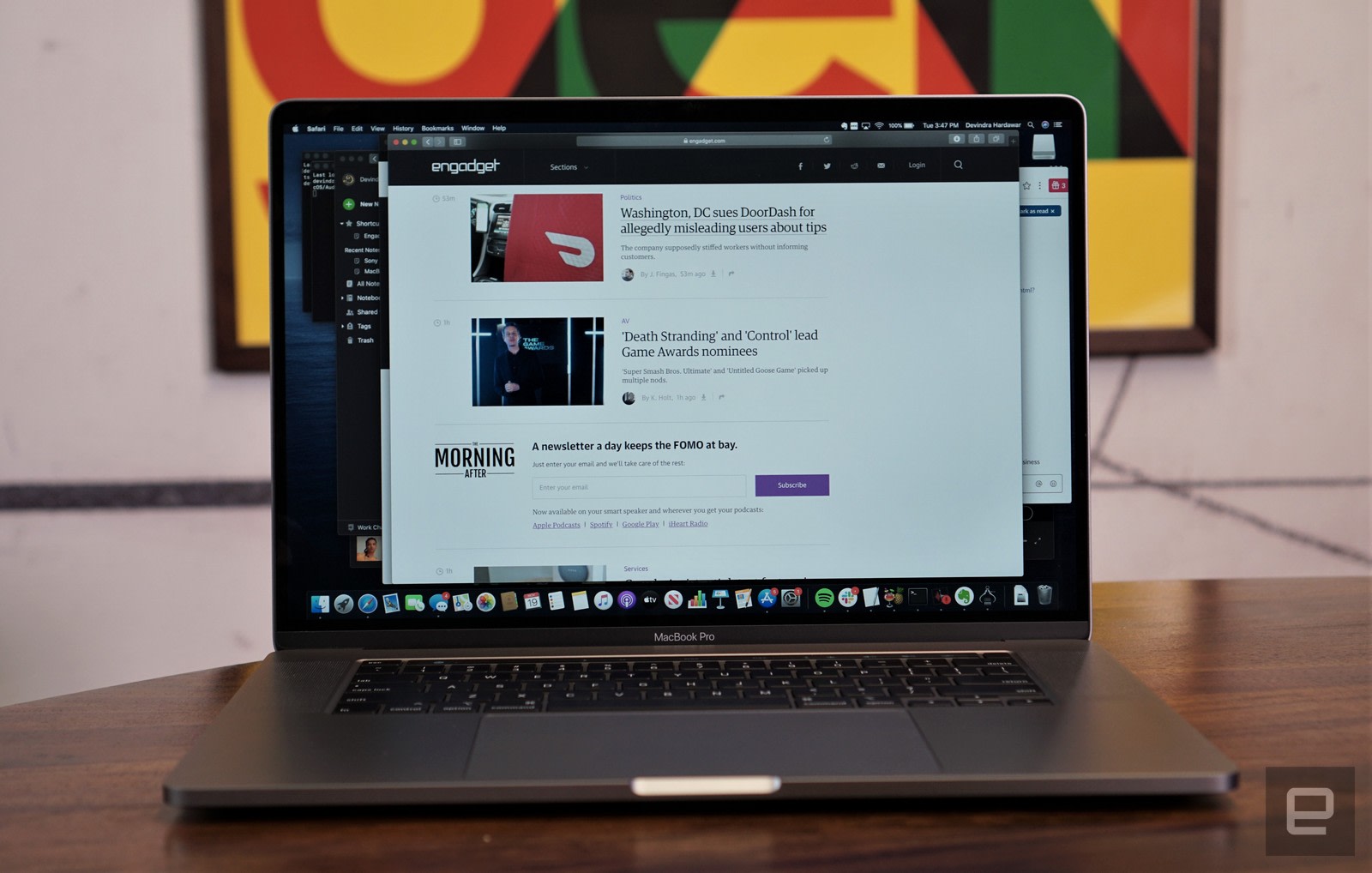 June kicked off with a few good discounts on Apple products. The 16-inch MacBook Pro is $300 off at Amazon right now and the Apple Watch Series 3 costs only $180 at both Amazon and Walmart. Gamers will want to consider new deals on Sony’s PlayStation Plus or PlayStation Now, as well as a deal on Amazon for three months of Xbox Game Pass Live. Here are the best deals we found this week that you can still buy today.

Amazon reduced the price of the new 16-inch MacBook Pro again, dropping it to $2,100. That’s roughly $300 off the normal price of the base model, which includes a Core i7 processor, 16GB of RAM, 512GB of storage and Radeon Pro 5300M graphics. Yes, it’s still a very expensive laptop, but if you need a macOS machine with a lot of power and an extra-large display, this deal is the one to grab. We gave the 16-inch MacBook Pro a score of 90 for its powerful CPU/GPU combo, excellent new keyboard and solid speaker and mic array.

PlayStation Plus and Now

PlayStation Plus and PlayStation Now one-year subscriptions are both down to $42 on Amazon right now. Both normally cost $60 and the lowest price we’ve seen for them was $40 a few months ago. PlayStation Plus is essentially a necessity if you want to play online games with your PS4, but Sony also gives away some games each month to members. PS Now is a little bit different, but just as useful, allowing you to stream hundreds of PS2, PS3 and PS4 titles on your PlayStation 4 and PC.

Both Amazon and B&H Photo are selling discounted Google Pixel 3a smartphones starting at $280. This is the lowest price we’ve seen on the handset, and last time it dropped this low it quickly went out of stock. We gave the Pixel 3a a score of 87 (and the XL a score of 88) thanks to their improved battery lives, included headphone jacks and fantastic cameras. Google may release its successor, the Pixel 4a, sometime soon, but for now this is a great sale price on a great midrange smartphone.

Both Amazon and Walmart still have the Apple Watch Series 3 on sale for $180. That’s $20 off its normal price of $200 and only $10 more than the lowest price we’ve seen the smartwatch hit. It may not have features like ECG measurement, fall detection or an always-on display like the Series 5 has, but it’s still a solid smartwatch with a good heart rate monitor and built-in GPS, great workout tracking, on-watch apps and more.

The Series 5 is also on sale at Amazon for $300, which is $100 off its normal starting price. We think this is actually a better deal overall, considering the Series 5 is the latest Apple Watch model — but if you just don’t have $300 to spend on a smartwatch, the Series 3 will still serve you well.

The new MacBook Air remains on sale at Amazon for $1,200, which is $100 less than its launch price. Only one model is on sale, but it’s the more powerful of the two available as it has a Core i5 processor, 8GB of RAM and 512GB of storage. We gave the new MacBook Air a score of 87 for its excellent trackpad, sharp Retina display and, of course, the much-improved Magic Keyboard.

Amazon still has a deal that knocks the price of three months of Xbox Game Pass Ultimate down to $25. This slightly more than the last deal we saw on Ultimate, which dropped six months down to $40. Nevertheless, it’s still a good deal for those who want to add time to their Ultimate subscriptions. New subscribers can potentially get a better deal by taking advantage of Microsoft’s conversion offer, which applies any prepaid time you have on Xbox Live Gold or Game Pass to your new subscription.

CalDigit’s Tuff Nano portable SSD is down to $110 for a 512GB model at Amazon (the 1TB model is also on sale for $200). CalDigit makes excellent docking stations and adapters, and the Tuff Nano is its most compact storage solution yet. It has a max read speed of 1055MB/s and works with most PCs thanks to the included USB-C to C cable and USB-C to A cable. Also, you can use it with the iPad Pro if that’s your daily driver. In addition to all that, its metal body is IPX7 water-resistant, IP6X dust-resistant and has been tested to withstand drops from up to three meters.

You can snag 8BitDo’s popular SN30 Pro wireless controller for $35 at Best Buy, which is $10 off its normal price. It’s probably most popular among Nintendo Switch users right now, but it also works with PC, Mac and Android gaming. Just pair it via Bluetooth with your device of choice and start playing. It’ll last up to 18 hours on a single charge, but you can also used it as a wired controller thanks to its included USB cable.

Amazon has a deal on the Echo Flex that slashes $15 off the price of two of them when you use the code FLEX2PK at checkout. The Echo Flex is a small unit that plugs into an AC outlet and houses Alexa. In fact, housing Alexa is the Flex’s only job — it’s not a smart speaker like the original Echo, nor does it have a display like any of the Echo Shows. This makes it better for those who don’t have a lot of free space in their homes and those who don’t want one of the more expensive Alexa devices.