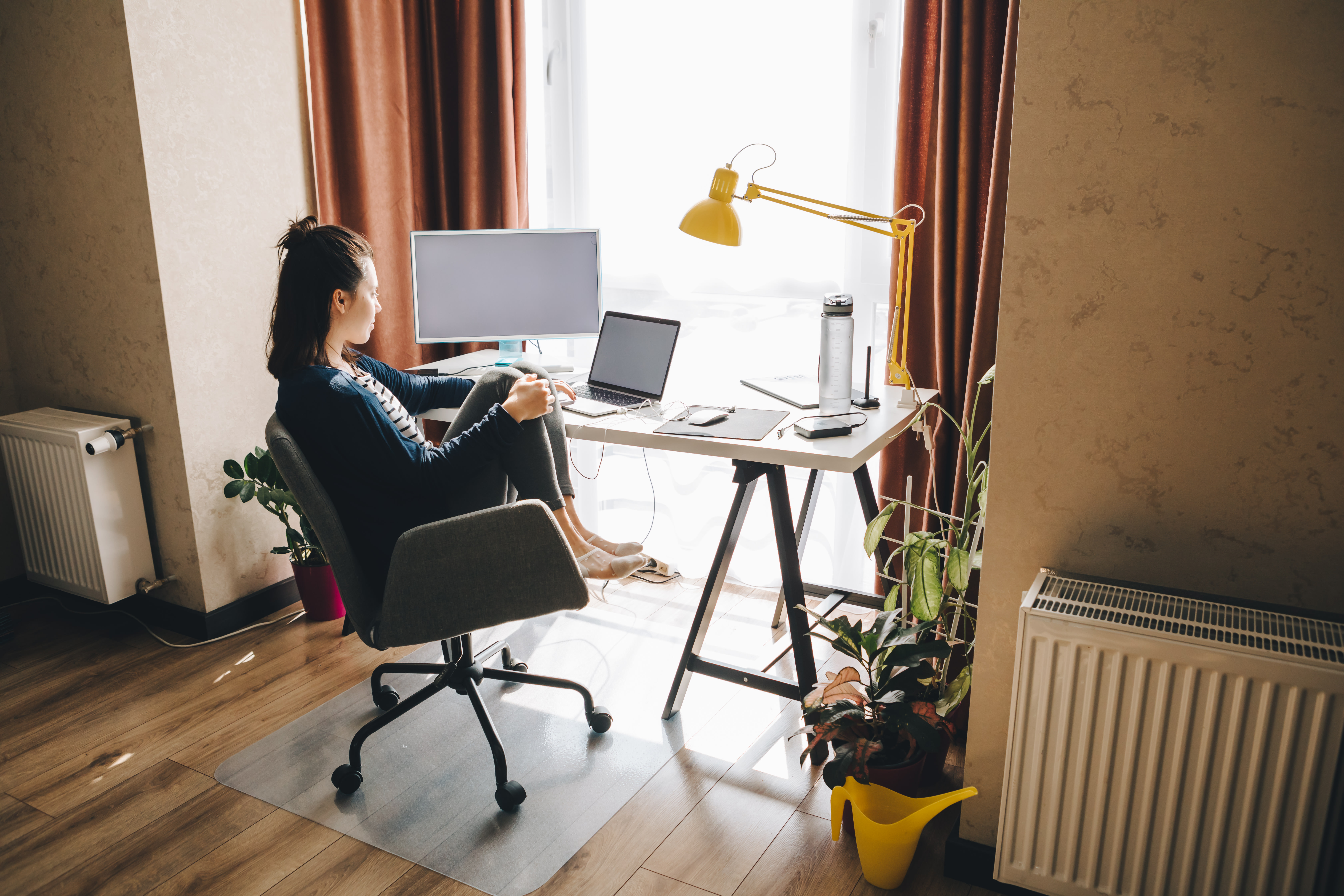 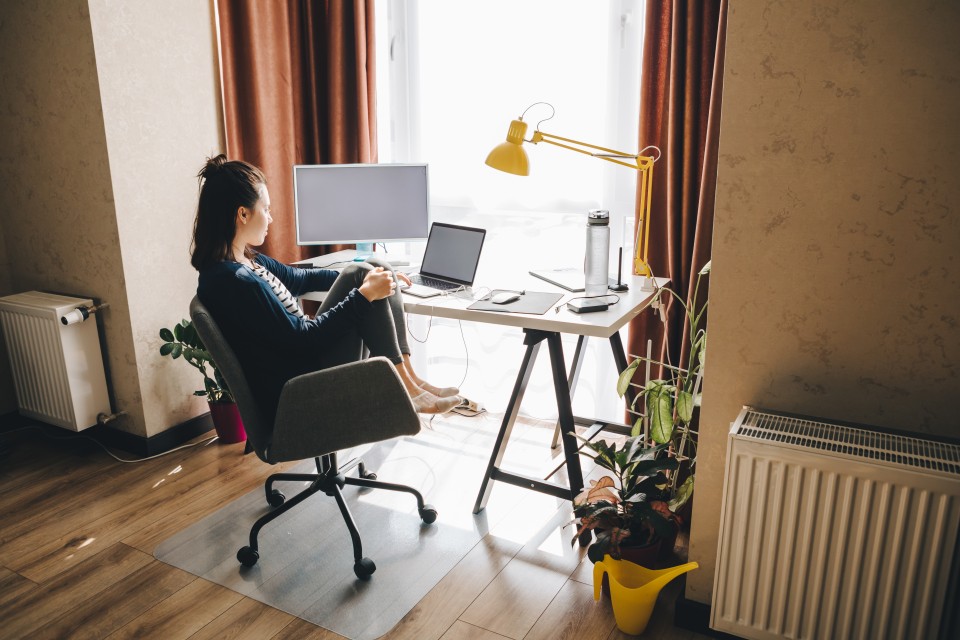 You may feel out of your element if you’re one of the millions of people that have recently transitioned to work-from-home life. Being productive when not in a typical office environment can be a challenge even in the best of times, but there are a number of gadgets and services that can make things easier. Engadget put together a list of essentials that can help turn even the smallest home office - nook, corner, desk, or whatever you have to work with - into a functional space.

An external monitor is one of the best pieces of tech you can get to upgrade your work-from-home space. The monitor world is a vast and confusing one, but there are compelling options that don’t break the bank. The Dell 24-inch UltraSharp U2415 will work nicely as a basic second screen. At $275, it gives you a 1080p resolution, IPS display with a 16:10 aspect ratio on an adjustable-height stand. While 27 inches is the sweet spot, giving you more room than any laptop screen can provide without being unwieldy, 24-inch monitors are better for those who have limited desk space to spare.

If you’re willing to splurge or simply want a more capable monitor, HP’s Z27 4K monitor is a good option. Its IPS LED display can be positioned horizontally or vertically and includes DisplayPort, HDMI and USB-C ports. While 1080p resolution will be sufficient for run-of-the-mill online work, you’ll want to spend the money for a 4K panel if you do any kind of creative work like photo editing, or if you want to stream video.

External keyboards are necessary for those with standard PCs, but they can also be a huge help if your laptop keyboard is, let’s say, subpar. (Looking at you 2018 MacBook Pro.) Logitech’s K780 stands out for its modern design, two-year battery life (running on AAA batteries), and its ability to be used wirelessly with up to three devices and switch between them in an instant. This feature is most useful when you’re working on your PC and your tablet at the same time. It also has a rubber cradle for propping mobile devices up to better viewing angles, and it works with Mac, Windows, iOS, Android, and Chrome OS.

The K780 provides a lot of value for $80, but some won’t want to spend that much on a keyboard. Arteck has a solid wireless keyboard that lacks a number pad, making it more compact, a six-month battery life, and a $30 price tag.

Some may prefer trackpads, but a good mouse can give you more control over your PC. A great option is the $35 Razer Deathadder Elite gaming mouse. Now hear us out - just because it has a “gamer” aesthetic doesn’t mean it’s only good for targeting enemies in shooters. The Deathadder Elite is just the right size for most people, it has seven customizable buttons and an accurate, 16,000 dpi sensor. The fact that it’s a wired mouse is, arguably, its biggest downside - but at $35, it’s a small price to pay for an otherwise comfortable, easy-to-use mouse.

If you’d rather go wireless, one of the best we’ve tested is the Logitech MX Master 3. It builds upon the excellent MX Master 2s with its side buttons that automatically change function depending on which program you’re using and its updated aluminum side and top wheels that use magnets to control scroll speed. Its design is slightly updated as well, but you’ll still get the wrist and thumb support that the MX Master 2s had. While $100 is a lot to spend on a mouse, it’s worth it if most of your work time is spent in front of a computer and you want a trackpad alternative with ample customization.

You’ve likely taken that built-in, 720p webcam on your laptop for granted until now, using it only for the occasional Skype call with grandma. But now with most meetings being video meetings, it’s worth upgrading to a higher quality camera. You can get clearer video, and often better audio, by springing for a USB webcam. There are plenty of good options out there, but Logitech makes some of the best you can get. The Logitech C920 Pro webcam records 1080p video, has a built-in stereo mic and is reasonably priced at $70.

However, the C920’s praises have been sung so much that it’s sold out at most major retailers. A good alternative is the Logitech C615 - it also records 1080p video, has built-in noise-reducing microphones, and has a foldable, portable design. While also hard to find at this time, Logitech still has a few available on its website.

Sometimes, all it takes to get work done is the right playlist and the right speaker on which to play it. Today, you don’t need to drop an insane amount of money to get a good one, either. Two solid options are the Amazon Echo Studio and the Sonos One: both priced at $200 , they provide higher quality audio than you’ll get from any smartphone or computer speakers, and both have virtual assistant capabilities (Amazon’s, naturally, only has Alexa, but Sonos’ supports both Alexa and Google Assistant). You may not think voice controls are important, but they can come in handy when you’re in the zone and want to skip songs or stop playback without pausing your work.

Sony’s WH-1000XM3 wireless noise-cancelling headphones are the gold standard for shutting out the world and listening to high-quality tunes. We gave them a score of 94 - the audio quality is great, the active noise cancellation is stellar and the design is one that you’ll be comfortable wearing for hours on end. They have a generous 30-hour battery life, too, so you can put them on at the start of your work day and keep them on until you’re ready to sign off.

However, Sony’s WH-1000XM3 are quite expensive, costing between $300 and $350. A slightly more budget-friendly ANC headphone option is Sennheiser’s new HD 450BT headphones. At $200, these headphones have a similar battery life to Sony’s, fast-charging via USB-C, and a dedicated voice assistant button. If you can go without ANC, Audio Technica’s M50xBT wireless headphones cost only $180 and have superb audio quality.

It’s important to have a dedicated work space at home, even if that’s just a desk. A standing desk is even better than a traditional desk because it lets you be a little less sedentary. There are no shortage of standing desk companies now, so check out the big players including Uplift, Vari, iMovR and Fully. While most standing desks are expensive, it’s possible to find a few below $500.

But an easier route to take is to modify your current desk setup with a standing desk converter like Stand Steady’s X-Elite Pro. Devices like these allow you to raise a platform to the most comfortable height for you to work while standing, and they are often strong enough to support dual-monitor setups, lamps and other desk essentials. The X-Elite Pro is a good option because it comes fully assembled and costs under $200.

It’s time to consider a task list app if you haven’t got one already. While there’s nothing quite like writing a to-do list on paper (and crossing things off), putting all your daily, weekly, and even monthly tasks in an organized digital area can free up a lot of time and mental space.

There are plenty of free services like Microsoft To Do and Google Keep, and there are paid options like Things 3 and Todoist (the latter of which has a free tier). Notion is great for those that want an ultra-customizable project planner as well as a task list all in one app. Regardless of which you choose, make sure to pick one that lets you set reminders - this way you’ll get a little nudge to get things done.

Get Microsoft To Do

A website blocker will be your best friend when the urge to start arguing with people on Facebook is simply too strong. These services block specific websites - or the entire web - when you need to hunker down and get work without Instagram, Twitter, and other websites taunting you. The easiest blockers come in the form of browser extensions like StayFocusd and Blocksite, both of which are free to install and use.

Those are limited to browsers on your computer, though, so if you need a more comprehensive solution, FocusMe and Freedom are good paid alternatives. Starting at $3.33 and $2.42 per month, respectively, Freedom and FocusMe can be used on multiple computers and mobile devices at once. Freedom even gives you the ability to block access to mobile apps for a period of time as well.

You probably already have a preferred music service, but now’s the time to lean on it - or even explore new options. Most of the big players, including Apple Music and Spotify, have free trials so you can try out a new service and cancel before being charged. Tidal even has a sale going on now that gives you four months of its Premium or HiFi service for only $4.

But there are alternatives like Brain.fm or Focus@will that revolve around immersive music as a way to stay productive. These could be better for those who find it hard to listen to chart-topping hits, or anything with lyrics, while trying to work.

There are also free ways to get ambient tunes into your life. Sites like Ambient Mixer have a wide selection of music and noise pegged to things like nature, movies, books, and holidays, and you can also find a number of ambient playlists on YouTube.

It might be useful to try out a service like Headspace or Calm during these trying times, as building a meditation habit can not only help reduce stress now but it can also help you become a more centered person. Both are subscription services, but Headspace has opened up a portion of its service for free, providing guided meditation sessions for people of all ages, including children. There are also options like Insight Timer that offer hundreds of meditation programs for free, placing only a portion of its content behind a paywall.