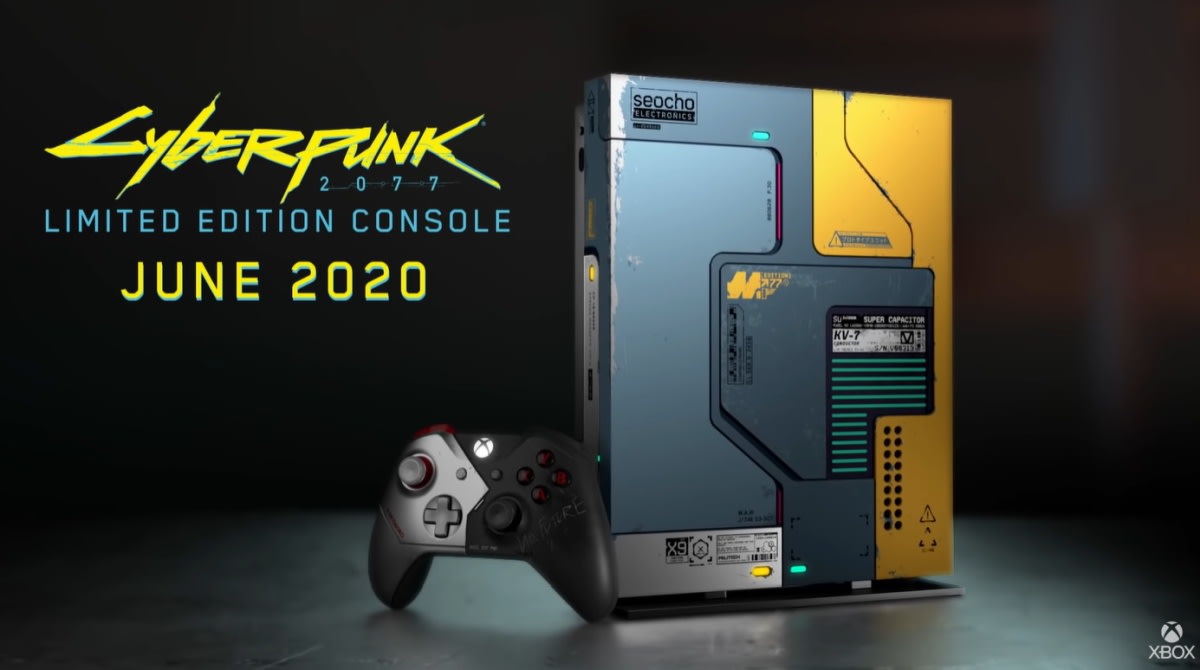 CD Projekt Red’s next game isn’t due until September 17th — and multiplayer will arrive well after that — but Microsoft has revealed a Cyberpunk 2077 Xbox One X that will go on sale in June. It’s odd timing, with the Xbox Series X (and accompanying free upgrade for the game) also just around the corner, but for one of the best ways to play the game as soon as it’s released, this console is enough to do it.

Congratulations Choombas, you worked together to #breakthecode!

After fans spent a day breaking down a coded message, the Xbox team revealed this system. There are custom panels, a glow in the dark ‘No Future’ decal, laser etchings and a blue LED embedded in the system.

The controller, which had leaked previously, is also customized and features Johnny Silverhand’s black/silver color scheme and a lot of special details. There’s no word on pricing, but it will have a 1TB hard drive.

In this article: Xbox One, Xbox One X, Cyberpunk 2077, CD Projekt RED, news, gaming
All products recommended by Engadget are selected by our editorial team, independent of our parent company. Some of our stories include affiliate links. If you buy something through one of these links, we may earn an affiliate commission.