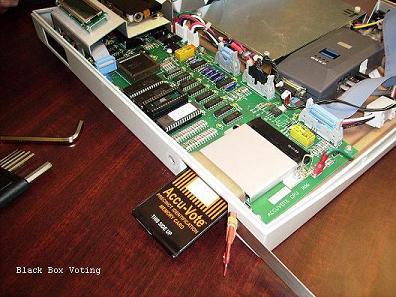 It's an old adage in politics that you need truckloads of money to get elected. Apparently you can now buy an election for what you'd spend in a few days on cups of coffee. Black Box Voting found that given $12 in tools, four minutes, and a little determination, you can access a Diebold voting machine's memory card, remove and replace it without a trace. This new development really isn't all that surprising given that it's been shown that these machines can be hacked in more than one way, even by monkeys. Concerned citizens, just switch to absentee paper ballots from now on -- it may be low-tech, but it's a hell of a lot more secure going the "old-fashioned" way.

[Via Slashdot]
In this article: bev harris, BevHarris, black box voting, BlackBoxVoting, democracy, diebold, e-voting, hacking democracy, HackingDemocracy, security flaws, SecurityFlaws, voting machines, VotingMachines
All products recommended by Engadget are selected by our editorial team, independent of our parent company. Some of our stories include affiliate links. If you buy something through one of these links, we may earn an affiliate commission.
Share
Tweet
Share