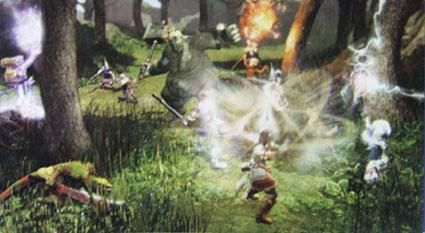 New information leaping from the obscenely colorful pages of Famitsu reveals a brand new Tri-Ace RPG for the Xbox 360 -- the uncomfortably named Infinite Undiscovery. Widely known for in-your-face epics, Star Ocean and Valkyrie Profile, the Japanese developer has released little information regarding the fantasy title thus far, with GAF mentioning real-time battles and support for online play. While the game is unlikely to have any relation to last year's smash hit, Everlingering Nonemergence*, it is very much an important coup in Microsoft's continuing battle against apathy in Japan.

* This game has not been proven to exist in any shape or form.

[Scan courtesy of duckroll from GAF.]

In this article: anime, Infinite Undiscovery, InfiniteUndiscovery, JRPG, role-playing game, Role-playingGame, Tri-Ace, Xbox-360
All products recommended by Engadget are selected by our editorial team, independent of our parent company. Some of our stories include affiliate links. If you buy something through one of these links, we may earn an affiliate commission.
Share
Tweet
Share