Michael Jackson memorial service gets HDTV broadcasts around the globe by 1 p.m. 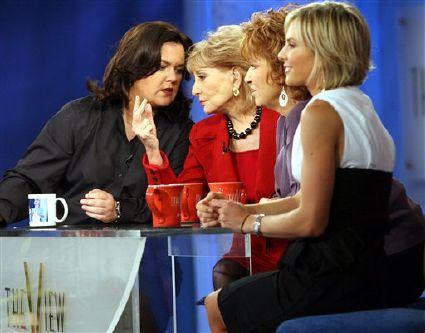 Each year, Philip Swann compiles the best and worst looking celebs in the high-def world. Teri Hatcher was number one last year but thankfully for her sake, Rosie O'Donnell joined The View right when the show made the transition to HD. The Shock Jock himself, Howard Stern, brook his way into the list at number two followed by the still desperate Teri Hatcher and the living proof that money cannot buy beauty after two kids and a dead-beat hubby, Britney Spears. Rosie's fellow cast member Barbara Walters hit number five hard followed by Burt Reynolds at number six and another View host The Today Show host, Meredith Vieira at number seven. The last three on this years list isn't that big of a surprise with Madonna at number eight, Mick Jagger at number nine and Ray Liotta of CBS's new crime drama Smith, holding down the number ten spot.
In this article: daytime, hd, hdtv, primetime, the view, TheView, worst
All products recommended by Engadget are selected by our editorial team, independent of our parent company. Some of our stories include affiliate links. If you buy something through one of these links, we may earn an affiliate commission.
Share
Tweet
Share