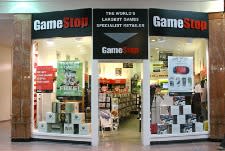 In what seems like a strange new development in the marketing of the Wii, it's been announced that only GameStop will play home to the Wii kiosks we recently saw. Considering how new and different the Wii is, we'd think Nintendo would want to put it into as many hands as possible. Of course, there's little to stop a store from setting up their own playable units, but if certain rumors are true, we may not be seeing the Wii everywhere this winter after all.

The Motley Fool's Rick Munarriz recently offered an interesting perspective on the news -- likely different than what most of us would have thought. Nintendo, they say, will have no trouble selling units, and when they sell out, the fact that GameStop will be the only gig in town if one wants to try it out will turn into good publicity for both companies. In fact, he says, having the Wii there, at GameStop, ready and able, will snag more of the hardcore gamers when they come in to buy other things. Could there be some truth to that, or is it just another case of a non-gamer theorizing in the dark?

In this article: EB Games, EbGames, GameStop, kiosks, Nintendo, sales, Wii
All products recommended by Engadget are selected by our editorial team, independent of our parent company. Some of our stories include affiliate links. If you buy something through one of these links, we may earn an affiliate commission.
Share
Tweet
Share