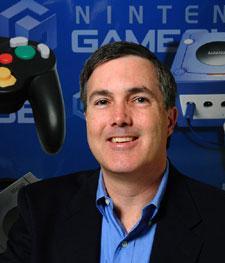 In the 35th edition of IGN's Nintendo Minute feature, Senior VP George Harrison talks a bit about the Wii demo kiosks. Focusing on the two different packaged demo stations, George says that Nintendo has asked any retailer utilizing one of their stations to have staff on-hand to help anyone curious about the console. George states:

"We have spent considerable time designing in-store displays that will best showcase the Wii console's unique games and provide an entertaining experience for players while still fitting well into a retail environment. Wireless controllers will be used and we are asking retailers to have staff available to help consumers have a successful first experience with Wii."

George also goes on to describe the two different demo kiosk stations and talk a bit about where you'll be able to take the Wii for a spin at one of these demo stations.

In this article: demo, kiosks, nintendowii, nitendo, wii
All products recommended by Engadget are selected by our editorial team, independent of our parent company. Some of our stories include affiliate links. If you buy something through one of these links, we may earn an affiliate commission.
Share
Tweet
Share