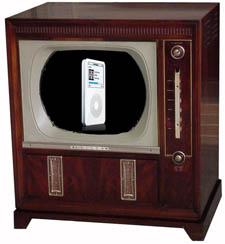 More and more people are cutting back their TV watching in favor of catching their favorite shows on their computer and portable devices according to a report in TechNewsWorld.

Nearly half of all on-line viewers say they watch less traditional TV, including those who only watch an on-line show once a week. The BBC commissioned a survey about viewing habits and discovered that about 75% of those surveyed said their computer and mobile TV watching has increased from a year ago.

Apple's growing video content in iTunes is helping to feed this trend, allowing consumers to catch missed shows or take their shows with them on iPods.

In this article: ipod video, IpodVideo, video
All products recommended by Engadget are selected by our editorial team, independent of our parent company. Some of our stories include affiliate links. If you buy something through one of these links, we may earn an affiliate commission.
Share
Tweet
Share