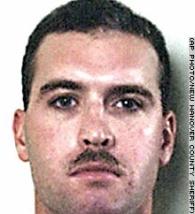 On Monday we heard that deputy Chris Long, who was blamed for the shooting death of Peyton Strickland while serving a search warrant over a suspected PS3 theft, had been dismissed from the New Hanover County Sheriff's Office, and that he was to go on trial for second degree murder. Turns out that the murder charges were due to a clerical error, and that the grand jury had in fact "made a substantial decision" not to charge Long with murder. At this time it's still unclear if this error will prevent prosecutors from refiling charges against Long, but it does cast a large shadow over this already murky case. According to Long's attorney, the deputy believed he was being fired upon as the police knocked down the door with a battering ram, and opened fire on the unarmed Strickland based on his law enforcement training. Other officers who were with Long claim to have not heard gunfire. The family of Peyton Strickland have asked for an investigation into the court errors.

In this article: chris long, ChrisLong, crime spree, CrimeSpree, peyton strickland, PeytonStrickland, ps3
All products recommended by Engadget are selected by our editorial team, independent of our parent company. Some of our stories include affiliate links. If you buy something through one of these links, we may earn an affiliate commission.
Share
Tweet
Share