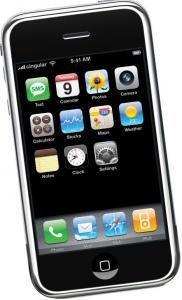 During the Jobsnote, Steve said that the iPhone would support many different email systems including Exchange -- and as we well know, the most precious Exchange feature to a mobile user is Direct Push, which allows your device to receive updates instantly for email and other data from your server. Steve did specifically mention that the iPhone would support Push-IMAP from Yahoo, but didn't mention any details about Exchange Direct Push like the Windows Mobile phones have. To many, this is the killer app for business users and it isn't too much of a stretch to believe that Apple could include it on the hot new iPhone. Exchange Direct Push is a Web Service that runs on the Outlook Web Access server; WM5 devices connect via HTTP and make calls for data and then leave port 80 open for updates from the server, keeping the device up-to-date just like a BlackBerry.

Because this is all done via HTTP, it is possible to reverse engineer the protocol -- in fact, Zimbra has already done this, and WM5 devices can sync with a Zimbra server the same way they would an Exchange 2003 sp2 server. Reverse engineering OWA WebDAV (an extension of HTTP that allows users to manage files on a Outlook Web Access server) service is also nothing new, as Ximian first did it almost 5 years ago with its app Evolution, bringing Exchange Server functionality to Linux. It is also not new for Apple, which has used it to sync OS X users' Apple Mail and Address Book with Exchange since OS X 10.3. Coincidentally, this is also how Microsoft's own Entourage connects to Exchange, versus using MAPI (Microsoft's Proprietary mail API) like Outlook. As important as up to the second email is to business users, we don't see how Apple could afford to leave this feature out.