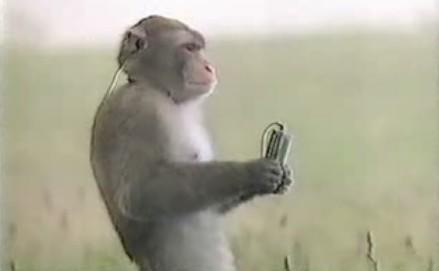 While devices such as the GameBoy and original Atari are more like slivers of history than gadgets of days past, Sony's Walkman has also become transcendent through time, and one of the fellows who helped put it on the map has sadly passed away. Choromatsu, the "meditating monkey" who starred in a Sony spot that eventually won best commercial in the late 1980s, died this past Sunday after living for 29 years. The monkey was famous for his various performances around Japan, and happily retired in 1990 to live out the latter half of his life with his 41 year old "human partner in performances," Goro Murasaki. While Sony's recent marketing attempts have been somewhat intriguing and less subtle than the firm would've hoped, this critter could probably convince anyone that owning a Walkman is a soul-soothing experience, so if you missed his performance back in 1987/88, be sure to click on through for the ad in its entirety.

In this article: ad, advertisement, advertiser, chimp, Choromatsu, commercial, die, died, monkey, perish, portable audio, portableaudio, sony, walkman
All products recommended by Engadget are selected by our editorial team, independent of our parent company. Some of our stories include affiliate links. If you buy something through one of these links, we may earn an affiliate commission.
Share
Tweet
Share