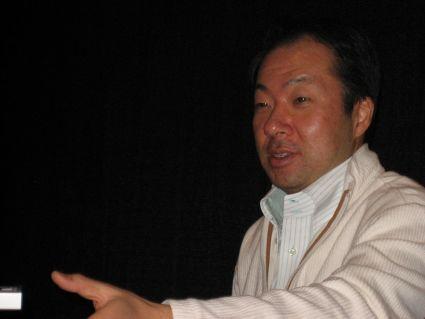 The Game Developers Conference has been trying to get Koji Kondo to come speak about game audio for ten years, according to an introduction by Tommy Tallarico. The wait seemed well worth it, as the famed Nintendo composer's first public appearance in the United States drew a standing ovation from the hundreds-strong assembled crowd today.

Kondo, who has worked on the music for the Mario, Zelda and Star Fox series, among others, stressed three main points in making good game audio:

In this article: DS, game music, GameCube, GameMusic, GDC, GDC07, koji kondo, KojiKondo, kondo, Mario, nintendo, Star fox, StarFox, Wii, Zelda
All products recommended by Engadget are selected by our editorial team, independent of our parent company. Some of our stories include affiliate links. If you buy something through one of these links, we may earn an affiliate commission.
Share
Tweet
Share