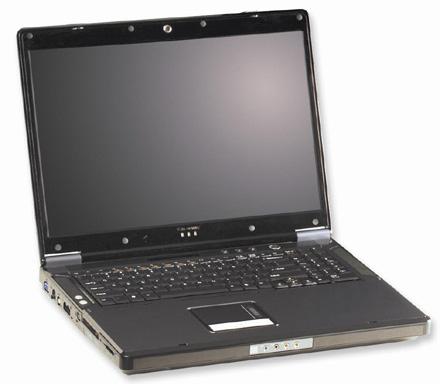 Sure, we've all heard those short-lived (or outright absurd) claims of a world's most powerful laptop, and the term "desktop replacement" has been around the block a few too many times, but a Taiwanese manufacturer is doing the not-so-unthinkable yet again. The Clevo D900c (which could likely be rebadged as a Sager 9260 and / or Pro-Star 9191D) is a 17-inch monster that packs quite a wallop under the presumably toasty hood, including an option for Intel's Core 2 Duo processors, dual 1GB NVIDIA GeForce Go 8800 graphics cards, up to 4GB of RAM, up to three hard drives in a RAID 0/1/5 array, 7.1-channel audio, built-in stereo speakers, the ability to house dual optical drives, integrated TV tuner, 1.3-megapixel webcam, and a flash card reader to boot. You'll also find a smorgasbord of ports and connectivity options, including WiFi, Bluetooth, FireWire, 56k modem, USB 2.0, and DVI / S-video outputs. Of course, with horsepower like this, we highly doubt the 12-cell Li-ion will last much over an hour (if that) under full strain, but we're fairly certain you won't be using this 11.9-pound beast solely on your lap much at all. We know you're wondering, so if you've been eying a mobile gaming rig and have around $2,700 (or much more for the juiced version) laying around, you can snag one sometime in the April / May timeframe.

[Via NotebookReview, thanks Andrew]
In this article: 8800, clevo, core 2 duo extreme, Core2DuoExtreme, d900c, desktop replacement, DesktopReplacement, gaming laptop, GamingLaptop, nvidia, Sager 9260, Sager9260, sli, sli laptop, SliLaptop, taiwan
All products recommended by Engadget are selected by our editorial team, independent of our parent company. Some of our stories include affiliate links. If you buy something through one of these links, we may earn an affiliate commission.
Share
Tweet
Share