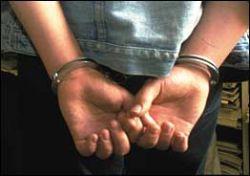 With all of the bribery, corruption, and kickback scandals plaguing German giant Siemens at the moment, we're half expecting to wake up tomorrow and learn that one of their executives drunkenly wrapped his exotic car around a tree after a night of boozing it up with notorious Deutchland bad boy Dietrich. The latest player to get caught up in this mess -- and the highest ranking -- is board member Johannes Feldmayer, who was detained yesterday while prosecutors tore his life apart executed search warrants on three of his offices. Interestingly enough, Feldmayer's alleged payoff of already-arrested union official Wilhelm Schelsky has nothing to do with the larger $500 million embezzlement scandal involving the company's communications division, which sparked that countrywide raid late last year. Siemens has reportedly brought on an anti-corruption expert to advise the firm on how to, um, not be so corrupt, and we hear that the bidding war for his services got pretty heated when BenQ also learned that there are people out there who can help you run your business in a less shady manner.

In this article: benq, bribery, corruption, johannes feldmayer, JohannesFeldmayer, payoffs, siemens
All products recommended by Engadget are selected by our editorial team, independent of our parent company. Some of our stories include affiliate links. If you buy something through one of these links, we may earn an affiliate commission.
Share
Tweet
Share