Many will recall yesterday's big Grand Theft Auto IV news including plenty of new details about the game. One of those details is causing a bit of a stir in Staten Island. It was revealed yesterday that only four of New York's five boroughs would be represented in GTAIV, with Staten Island being left out. It seems that Staten Island (or at least one of its newspapers) is miffed at its exclusion from the game. As John Annese writes in the Staten Island Advance "When did Staten Island get run off the road as a borough of New York City?" A gamer at a local gaming center stated, "If you're gonna base a game on the five boroughs and you leave out one of the boroughs, it's kind of unsettling" (he added that he would still probably buy the game though).

Of course, not everyone is displeased with the news. Linda Baran, the president of the Staten Island Chamber of Commerce noted, "That's something I appreciate being left out of." A mother at the gaming center shared similar sentiments, noting that GTA is "not a great game" and that her son wasn't allowed to play it.

Naturally, as game journalists, we're disappointed that so many people remain unaware that games have grown up over the years. Still, the response is expected at this point. Considering the flack companies have been getting lately for basing their games on real world locations, it's interesting to see things turned the other way around. 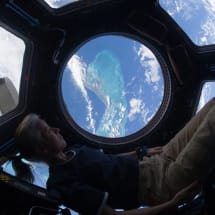