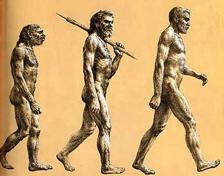 GameTrailers shows off a few brief Seaman 2 videos, our collective pick for today's video. While not yet announced for release outside of Japan, Seaman 2 taps into the risky, creative side of gaming we laud. Admittedly, those gambles don't always pay off, but when they do, they're why we play games.

The videos show a few people playing the game, even Japanese schoolgirls! And while we question the focus-group style of the clips -- the clips could have easily been created by an ad agency and actors -- they give a glimpse into this simian sequel to the previous underwater pet title.

See the clips after the break.

In this article: hottest video, HottestVideo, pet, PS2, seaman, seaman 2, Seaman2, tamagotchi, viral, virtual pet, VirtualPet
All products recommended by Engadget are selected by our editorial team, independent of our parent company. Some of our stories include affiliate links. If you buy something through one of these links, we may earn an affiliate commission.
Share
Tweet
Share