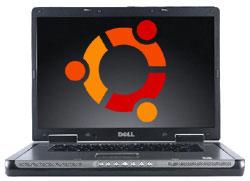 While it shouldn't exactly come as much of a surprise, a post on Dell's IdeaStorm site confirms that Dell systems pre-loaded with Ubuntu are, in fact, cheaper than comparably configured Windows-based systems -- about fifty bucks cheaper, to be precise. In the example given on the site, a Dell Inspiron 1420 laptop loaded with Windows Vista Home Basic Edition totaled up to $824, while an otherwise comparable system with Ubuntu installed rang up at just $774. A Dell admin on the site later added that " on average, comparably configured Ubuntu systems will be about $50 less than Windows systems." Of course, as The Inquirer points out, $50 ain't that bad a deal for Vista, even if you just use it for the occasional non-Linux app or game.

In this article: dell, linux, ubuntu
All products recommended by Engadget are selected by our editorial team, independent of our parent company. Some of our stories include affiliate links. If you buy something through one of these links, we may earn an affiliate commission.
Share
Tweet
Share