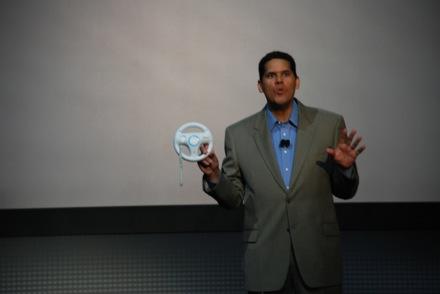 At the Nintendo press conference, Reggie hinted at the possibility of massive online races. "More racers means more fun. How many more? Stay tuned." In addition to online races, Nintendo revealed an official steering wheel accessory, not too different from the ones used by Ubisoft at the system launch. The cleverly named Wii Wheel will come packaged with the upcoming Mario Kart, to be released in the beginning of 2008.
In this article: mario kart, MarioKart, online, wfc, wheel, wii wheel, WiiWheel
All products recommended by Engadget are selected by our editorial team, independent of our parent company. Some of our stories include affiliate links. If you buy something through one of these links, we may earn an affiliate commission.
Share
Tweet
Share