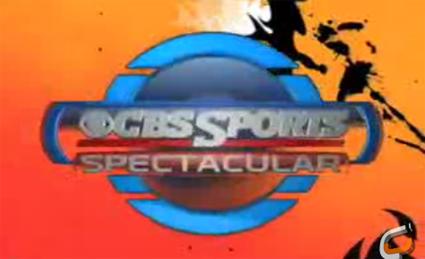 Curse has posted a reminder that the WSVG is bringing WoW Arena combat to CBS one week from Sunday, July 29th, at noon. They've even got a video up from CBS promoting not only the WoW tournament, but also Fight Night 3 and even Guitar Hero. If you never thought a Guitar Hero tournament would ever appear on network television, you can join the club-- the line starts right next to me.

Right now, as Curse says, Team Pandemic is the team to watch in Arena matchups, but word is that Insurrection and a couple of other teams will make a showing as well. Supposedly, only 3v3 will be shown, which is a little strange because Blizzard seems to be promoting 5v5 as the standard for Arena play (you actually gain more points in game for winning at 5v5), but maybe CBS figured having ten players in one match would be a little too confusing. Of course the big question will be how it's presented-- will CBS be able to make a so far practically unwatchable event interesting enough to pull in a larger audience? Find out on July 29th.
In this article: 3v3, 5v5, arena, cbs, cursegaming, insurrection, pandemic, spectatorpvp, wsvg
All products recommended by Engadget are selected by our editorial team, independent of our parent company. Some of our stories include affiliate links. If you buy something through one of these links, we may earn an affiliate commission.
Share
Tweet
Share