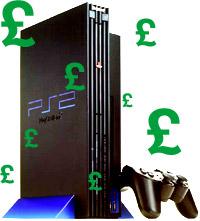 A young man in the UK got a serious shock when the PS2 that he'd won on eBay arrived at his home in Aylsham, Norfolk. The game system -- which he'd paid £95 for -- arrived without the two games promised by the seller, but with £44,000, or about $90,378. The boy and his family turned the money over to police, who are holding it until late September under the UK's "Proceeds of Crime Act" while they investigate the case. A spokesman for eBay described the situation as "somewhat unusual," while the boy was overheard mumbling that he "Would have rather gotten Gran Turismo 3." In related news, the cast of Snatch and Lock, Stock and Two Smoking Barrels said that they would "Find that box no matter what kind of uniquely British hi-jinks are required."

In this article: ebay, ps2
All products recommended by Engadget are selected by our editorial team, independent of our parent company. Some of our stories include affiliate links. If you buy something through one of these links, we may earn an affiliate commission.
Share
Tweet
Share