Sharp's AQUOS D series 10 gets hip with the online kick 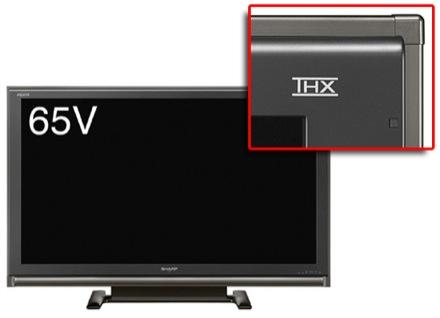 Even though Runco announced their development plans first, Sharp appears to be the first to market with a THX certified television. In fact, they've got two: a 65-inch and 52-inch LCD for Sharp's new AQUOS T-series. That THX logo is meant to ensure the best match of brightness and contrast with video processing for a home theater level of video reproduction. Interestingly though, the rated 350cd/m2 brightness and 2,500:1 contrast is a step down from the AQUOS R-series' 450cd/m2 and 3,000:1. Sharp's explanation? They expect these panels to be used exclusively in the darkest of home theaters. Er, ok. As to the rest, you'll get a 1,920 x 1,080 120Hz ASV panel with 3x 1080p HDMI (plus 3x Japanese D5), 1x DVI, 2x Firewire, IrSS, and Ethernet. Both will be ready in Japan come September when you'll need ¥1,417,500 (about $11,599) for the LV-65TH1 or ¥840,000 (about $6,873) for the LV-52TH1. While we have a sneaking suspicion they'll be worth it, we'll be waiting for the reviews before dropping that kind of dough.

[Via Impress]
In this article: 52-inch, 65-inch, aquos, aquos t, AquosT, breaking news, BreakingNews, irss, japan, LV-52TH1, LV-65TH1, sharp, thx
All products recommended by Engadget are selected by our editorial team, independent of our parent company. Some of our stories include affiliate links. If you buy something through one of these links, we may earn an affiliate commission.
Share
Tweet
Share