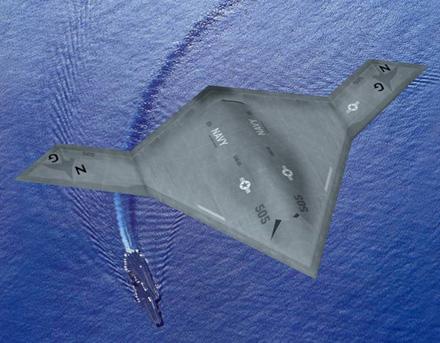 While the idea of an autonomous flying military bot is far from new, the US Navy has taken a first step toward "developing an unmanned combat aircraft that some advocates say could compete with Lockheed Martin's F-35 joint strike fighter." Northrop Grumman was awarded a $636 million contract to design, build, and fly an Unmanned Combat Air System "that would operate from the decks of the Navy's giant nuclear-powered aircraft carriers," and if things goes as planned, we could see the gunners join our forces "within 10 to 15 years." And considering that we're already deploying land-based mechanical soldiers to fire our weapons, we'd say the full-fledged robotic army is certainly closing in.

[Image courtesy of DefenseTech, thanks Jason]
In this article: aircraft, autonomous, battle, combat, defense, government, military, navy, Northrop Grumman, NorthropGrumman, uav, unmanned, us, usa, war
All products recommended by Engadget are selected by our editorial team, independent of our parent company. Some of our stories include affiliate links. If you buy something through one of these links, we may earn an affiliate commission.
Share
Tweet
Share