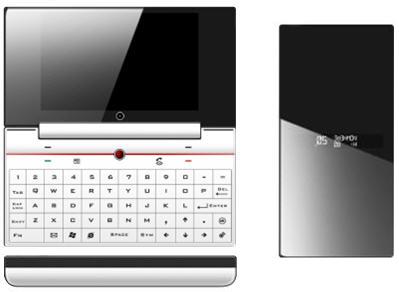 C'mon, you knew this was coming. Not a moment after Google does its big reveal on the Android OS and forthcoming multi-manufacturer GPhone, the rumor mill has already starting churning with wild imaginings and fantastic leaps of logic. A not-so gigantic jump comes as speculation that HTC's Omni -- which we first heard about nearly a year ago -- is actually the phone that has been referred to as the "Dream," Google's OS demo unit. We have to admit, there are some similarities between the two, not the least of which are the 3-inch by 5-inch size, rectangular touchscreen, full QWERTY that swivels out (which according to this earlier rendering, goes in more than one direction), and a beveled edge that "nestles in the palm." We remind you, of course, that this is just the first in a long line of rumors trying to pinpoint the "real" GPhone -- HTC or otherwise -- so don't get too excited just yet.

Update: As a commenter points out, the "earlier rendering" is actually the precursor to the Omni, the HTC Universal, though its screen mechanism bears a resemblance to the one described in the original Forbes article.
In this article: android, android os, AndroidOs, dream, google, google os, google phone, GoogleOs, GooglePhone, gphone, htc, omni, open handset alliance, OpenHandsetAlliance
All products recommended by Engadget are selected by our editorial team, independent of our parent company. Some of our stories include affiliate links. If you buy something through one of these links, we may earn an affiliate commission.
Share
Tweet
Share