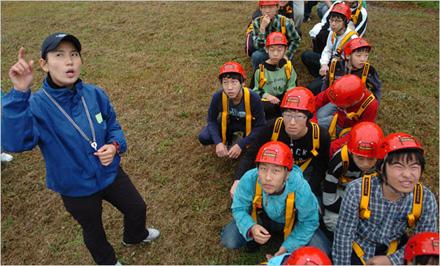 We apologize in advance if any of what follows hits a little too close to home, but unless you're camped out in South Korea, you don't have to worry about being ripped from your computer and sent to the Jump Up Internet Rescue School. Much like the facility seen earlier this year in China, this compound attempts to rehabilitate citizens from their dependence on the intarweb by forcing coaxing them into less digital activities such as pottery and drumming (Rock Band, anyone?). South Korea, which boasts "nearly universal" internet access, offers up the camp free of charge to those admitted, and currently, around four to five habitual net users are applying for every one available spot. While there, campers engage in social activities and participate in group functions like horseback riding and wall climbing, but it remains to be seen if graduates of the program can really resist the temptation of relapsing once they return home.

[Via NewsFactor / Yahoo]
In this article: addict, addition, internet, internet addict, InternetAddict, Jump Up Internet Rescue School, JumpUpInternetRescueSchool, korea, south korea, SouthKorea
All products recommended by Engadget are selected by our editorial team, independent of our parent company. Some of our stories include affiliate links. If you buy something through one of these links, we may earn an affiliate commission.
Share
Tweet
Share