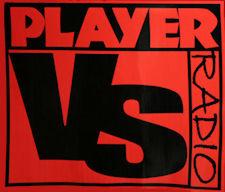 DJ Krelo is one of the owners of Player vs Radio, and she handles both the administrative end and personnel support. Even though NCsoft's CoX Meet & Greet was fairly high-energy, she was kind enough to take some time out of her event coverage to give us an interview about PvR, its history, and what it's looking forward to in the future.

PvR is a cross-MMO station -- meaning that they don't limit themselves to the City of Heroes and City of Villains properties, but broadcast within a wide range of MMO titles such as Vanguard, World of Warcraft, and Second Life -- and their music rotation is based on player requests. DJ Krelo herself is focused on Gothic, Industrial, Trance, Techno, and Synth-Pop, but every DJ has their own range of music they play. DJ Krelo has been broadcasting for almost two years -- starting with a former station, and moving to PvR after they opened a little over a year ago -- while PvR itself has been broadcasting continuously since they started, save for a brief hiatus during the RIAA royalties debacle.

Since its relaunch a little over a month ago, they've been attempting to rebuild their client base and trying to get their names out there as much as possible. As DJ Krelo notes, "if you want to listen to some really kick-ass music while you're in any game," all you need to do is visit their web site and choose to start either Windows Media Player, Winamp, or the Live365 Player.

Players can always contact the DJs via the message link on their site, and they can also look for the DJs in Atlas Park, Pocket D, and other areas. Just check their play schedule and make sure the one you want is in your game at that time. And don't forget to check the forums: that's where you can make music requests, apply to have them provide radio coverage for your event, learn more about the events they're already covering, and discuss anything and everything else related to PvRadio.

And what are their future plans shaping up to be? Well, as of 30 November, they had planned on moving their broadcast platform from Live365 to Shoutcast, but they hadn't announced the date of the change. They were also seeking to grow their listener base -- and their DJ support -- to once again take over the airwaves. Unfortunately, due to a number of reasons, especially the costs involved in both broadcasting and royalties, they've had to drop to 500 listener hours per month, and it looks as though they'll cease broadcasting at the end of their current contract. While other stations have come and gone, as well, it's truly sad to see such a great site run by players and volunteers fade away. We wish PvR only the best in the upcoming months, and we'll keep our fingers crossed that somehow the site might once more become a vibrant musical resource for the MMO community.

In this article: Atlas-Park, City-of-Heroes, City-of-Villains, CoH, CoV, CoX, DJ, DJ_Krelo, Live365, Meet-and-Greet, MMO, Music, NCsoft, Player-vs-Radio, Pocket-D, PvR, PvRadio, RIAA, Second-Life, Shoutcast, Vanguard, Winamp, WMP, World-of-Warcraft
All products recommended by Engadget are selected by our editorial team, independent of our parent company. Some of our stories include affiliate links. If you buy something through one of these links, we may earn an affiliate commission.
Share
Tweet
Share