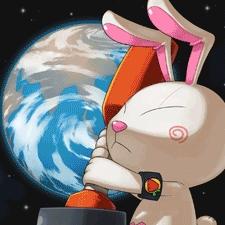 Over at freetoplay.biz, there's a candid interview with YJ Jin, the producer of Manga Fighter, which is best described as a fast-paced third person shooter MMO. With hawaii shirts.

The interview is a little on the short side, but it's refreshing to hear an honest take on the distinctions between the commercial subscription market and the free-to-play sector. The tactics used for Manga Fighter? Viral marketing, email collectibles, and extended open betas that wouldn't hurt the game in the long-term. The specter of secondary markets also rears its head.

As for Manga Fighter: don't let the "fighter" part confuse you, it looks to be more Quake than Street Fighter. I'm reasonably confident it's also the first and only game to feature a (manga) Jiminy Cricket lookalike jumping on a trampoline and unloading a 9mm handgun at a gigantic gateaux. No, really.

In this article: free-to-play, gigantic-gateaux, jiminy-cricket, manga-fighter, on-net, quake, secondary-market, street-fighter, yj-jin
All products recommended by Engadget are selected by our editorial team, independent of our parent company. Some of our stories include affiliate links. If you buy something through one of these links, we may earn an affiliate commission.
Share
Tweet
Share