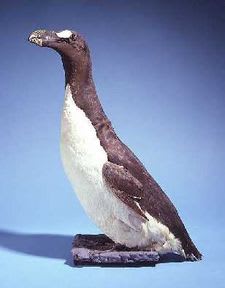 Video game executives fear you. Seriously. They cower in their cubicles every day, praying that you don't destroy them. So says a poll conducted among entertainment-industry bigshots, which found that 57% of respondents named "user-generated content" among the top three threats to their yacht collections.

That's bad for them, but great for us. Internet distribution and cheap production software have thrown open the gates that, until now, were traditionally tightly secured by publishers. Got an idea for a video, a song, a podcast, a game? Make it, put it online, and people will find it. We all benefit from the mind-bogglingly wide variety of stuff to consume, and the competition increases quality for everyone. The dinosaurs who have become rich off outmoded means of production and distribution are quaking in terror. Some, like SCEA president Phil Harrison, are making attempts to adapt and thrive. Those that don't may perish. Don't pity them. Nobody mourns the Great Auk.

In this article: game3.0, user-generated, youtube
All products recommended by Engadget are selected by our editorial team, independent of our parent company. Some of our stories include affiliate links. If you buy something through one of these links, we may earn an affiliate commission.
Share
Tweet
Share