InterDigital, a wireless technology firm better known around these parts for its imbroglios with Samsung and Nokia than any specific technological contributions, has apparently penned a seven year licensing deal with Apple, said to be worth some $56 million. Not that there was any doubt about Apple eventually releasing a 3G iPhone, but one analyst noted that "the deal covers various 2G and 3G cellular technologies", which is always an encouraging thing to hear. Of course, it's still anyone's guess as to when that device might appear, but after this week's price drop brouhaha, we think Apple might not be rushing to something else that might arouse the ire of its first adopter crowd.

In this article: apple, interdigital, iphone
All products recommended by Engadget are selected by our editorial team, independent of our parent company. Some of our stories include affiliate links. If you buy something through one of these links, we may earn an affiliate commission.
Share
Tweet
Share 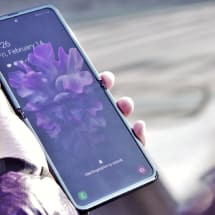