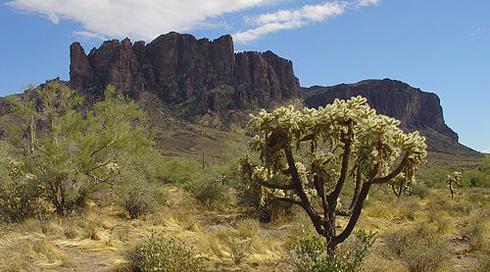 The mainstream media and other non-consumers of video games have been portraying gamers as pasty, bleary-eyed shut-ins since the 8-bit days -- aside from some bruised feelings, that stereotype never really did us any harm. However, a recent proposal of the powerful environmental organization The Sierra Club to the New Mexico state legislature may put a dent in the pockets of consumers and retailers living in the Land of Enchantment.

The proposal calls for a 1 percent sales tax on televisions and video games; the proceeds of which would go to "outdoor education programs". According to an article in the Huffington Post, these programs would counteract the negative effects of video games -- "lower academic scores, obesity, and increased attention-deficit disorder." Supporters of the "No Child Left Inside" movement tried to pass a similar bill last year, but were unsuccessful.

Unsurprisingly, gaming advocacy groups have spoken out against the bill's obvious shortcomings, such as its assumption that video games are the sole contributor to childhood obesity, lower grades and ADD. We couldn't agree more. The only weight we've gained from being gaming enthusiasts is from our skin growing thicker due to constant attacks on our lifestyle.

In this article: add, grade, new-mexico, newmexico, obesity, outdooreducation, outdoors, sierraclub, tax
All products recommended by Engadget are selected by our editorial team, independent of our parent company. Some of our stories include affiliate links. If you buy something through one of these links, we may earn an affiliate commission.
Share
Tweet
Share