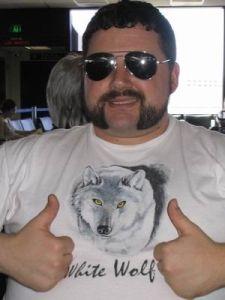 Joystiq has confirmed with new Gamespot editor-in-chief Ricardo Torres that longtime staffer Ryan Davis has given notice that he intends to leave the site. While we haven't been able to get in touch with Davis directly, a source close to Davis inside Gamespot told us, on condition of anonymity, that the controversial firing of editorial director Jeff Gerstmann was the catalyst behind the decision. The planned departure follows similar decisions by freelancer Frank Provo and staffer Alex Navarro in the wake of the scandal.

In a Dec. 1 blog post, Davis spoke of his close relationship with Gerstmann since before he started writing for Gamespot in 2000. "Jeff Gerstmann has been a significant figure in both my personal and professional life for a long, long time," he wrote. "By my recollection, we were fairly fast friends, though I was also kind of pushy about it." The pair played together as part of alternative rap group Suburban All-Stars.

In this article: controversy, exodus, gamespot, gerstmann, jeff-gerstmann, journalism, quit, ryan-davis
All products recommended by Engadget are selected by our editorial team, independent of our parent company. Some of our stories include affiliate links. If you buy something through one of these links, we may earn an affiliate commission.
Share
Tweet
Share