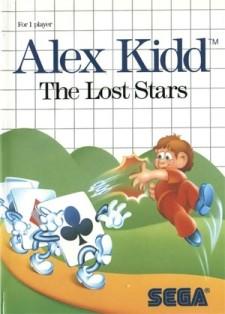 The day Japanese Wii owners have been waiting for for, er, roughly a month is finally here. Today's marks the release of the Sega Master System's Fist of the North Star on the Japanese Virtual Console.

The event marks the potential expansion of the Virtual Console library to a brave new world of Master System hits such as ... um ... hmmm. Well, the Alex Kidd games were pretty cool, we guess. And hey, Mortal Kombat made it to the system ... although the Genesis version would probably be preferable. Well ... it's still cool anyway. Trust us.

In this article: master system, master-system, MasterSystem, sega, sega-master-system, Virtual Console, Virtual-Console, VirtualConsole, Wii
All products recommended by Engadget are selected by our editorial team, independent of our parent company. Some of our stories include affiliate links. If you buy something through one of these links, we may earn an affiliate commission.
Share
Tweet
Share