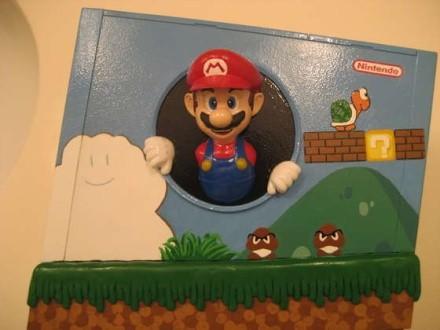 Hey kids, listen up. That guy with the red hat and blue overalls in the fancy new Super Smash Bros. game you just brought home? His name is Mario. He's a neat guy. This Wii mod here features the lovable plumber in his natural habitat, World 1-1. On the other side is a pipe, his favored form of travel, which doubles as a Wiimote charger. Pretty great. OK, that's it for today's lesson, stay safe out there!

[Via Wii Fanboy]
In this article: mario, mod, super mario bros, SuperMarioBros, wii, wii mod, WiiMod
All products recommended by Engadget are selected by our editorial team, independent of our parent company. Some of our stories include affiliate links. If you buy something through one of these links, we may earn an affiliate commission.
Share
Tweet
Share