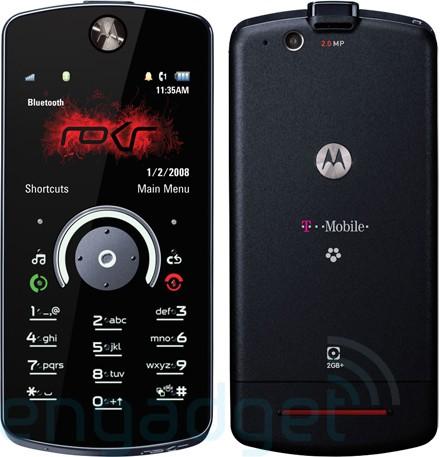 We know that T-Mobile has signed on to pick up the MOTOROKR E8, and last we'd heard it might be dropping some time between... oh, now and August. MobileBurn is now reporting that the music-friendly candybar is slated for announcement tomorrow, though it's not clear whether it'd be available immediately or they're just planning on getting customers hot and bothered for a release down the road. The lack of 3G still isn't much of an issue on T-Mobile's network, and we were pretty impressed with the device in our hands-on testing, so this'll be a solid addition. It's entirely possible (and far too common) for devices like this to get delayed clear into irrelevance, so let's hope this particular rumor holds up.
In this article: candybar, e8, edge, gsm, mobile, moto, motorokr, motorola, rokr, t mobile, t-mobile, tmobile
All products recommended by Engadget are selected by our editorial team, independent of our parent company. Some of our stories include affiliate links. If you buy something through one of these links, we may earn an affiliate commission.
Share
Tweet
Share