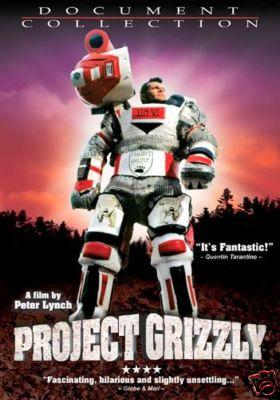 Troy Hurtubise has certainly auctioned off a few grizzly fighting suits before (not to mention the Halo-inspired Trojan), but this is likely your one and only shot at procuring the original Project Grizzly Mk VI suit worn by Troy himself in the generally unknown cult classic Project Grizzly. The suit is being offered to the highest bidder as the Grizzly Proof exhibit in Toronto shuts down, and while the starting bid sits at $500, it'll take upwards of 40 grand before Mr. Hurtubise's debts associated with the suit are cleared. C'mon, you know that's all the reason you need to throw your hat into the ring.

[Thanks, Cantraider]
In this article: auction, ebay, exoskeleton, project grizzly, ProjectGrizzly, suit, Troy Hurtubise, TroyHurtubise
All products recommended by Engadget are selected by our editorial team, independent of our parent company. Some of our stories include affiliate links. If you buy something through one of these links, we may earn an affiliate commission.
Share
Tweet
Share