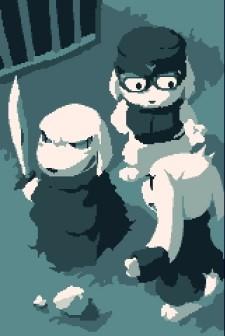 This is definitely the best possibly-fake news we've heard in a while. Apparently, Doukutsu Monogatari (Cave Story) creator Pixel has asked everyone developing ports of his masterpiece (including the PlayStation 3 Linux version) to stop their work.

According to Amigaworld.net, who reported on the cancellation of the Amiga OS4 version, the reason for the cutoff of port projects is that Cave Story is planned for release on WiiWare. The implication here is that this version of Cave Story will be official and Pixel-approved (or, ideally, Pixel-developed). We hope this is true, because we would love to play Cave Story on the Wii, and we'd love to give Pixel some money for the privilege.

[Update: Amigaworld redacted the previous statement. Apparently it's all some kind of misunderstanding.]

In this article: cave-story, cavestory, doukutsumonogotari, metroidvania, pixel, platform
All products recommended by Engadget are selected by our editorial team, independent of our parent company. Some of our stories include affiliate links. If you buy something through one of these links, we may earn an affiliate commission.
Share
Tweet
Share