Juicing up landline phones with internet connectivity and large touchscreen displays isn't exactly a new idea, but AT&T's new three-piece HomeManager system might finally bring it into the mainstream. The Samsung-built HomeManager Frame is the highlight, with a seven-inch touchscreen that enables features like visual voice mail, address book synchronization with certain AT&T cell phones, Yellow Pages, and other internet-enabled content like weather and news, while the HomeManager Handset carries a similar interface over to a more traditional form factor with a smaller color screen, and the HomeManager Base serves as the heart of the system. It certainly looks nifty -- the Frame's interface seems nice and quick -- but just as with OpenFrame, we're not really sure who's in that crossover zone between people who want this kind of gear and people who still have landlines. We'll find out soon -- HomeManager is available now for AT&T customers in Chicago, Atlanta, Austin, San Antonio, Houston, Dallas, San Francisco, San Diego and Los Angeles for $299, with more to follow. Check a quick video hands-on after the break. 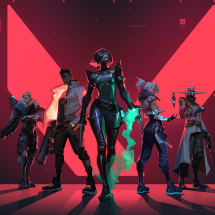