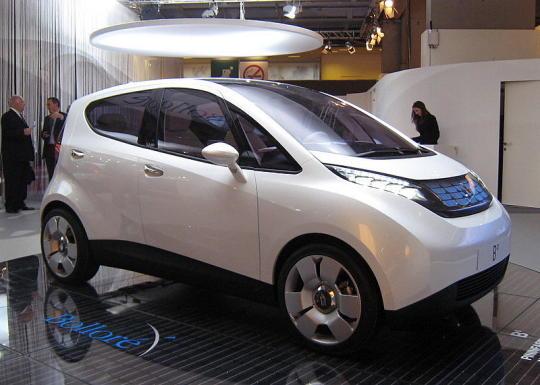 Pininfarina said it was going to build an electric car and, go figure, it's actually built one. As we had heard earlier, the car, now dubbed the B0, is the result of a collaboration with the Bolloré Group, which was mostly responsible for the car's lithium metal polymer battery pack. Pininfarina, for its part, seems to have handled just about everything else, and it sure looks to have gone all out, with the car promising a range of 150 miles and a reasonable top speed of 80 mph, plus some suitably nifty touches like two LCD screens for instrumentation, and even some solar cells on the roof to help top off the battery (most of the charging while driving is done with regenerative braking). Pininfarina is also apparently still ticking to its 2010 roll-out date, with mass production set to begin in late 2009 -- no promises on a price just yet though.
In this article: bollore, electric car, electric vehicle, ElectricCar, ElectricVehicle, Pininfarina
All products recommended by Engadget are selected by our editorial team, independent of our parent company. Some of our stories include affiliate links. If you buy something through one of these links, we may earn an affiliate commission.
Share
Tweet
Share